Is the Holly Hotel Haunted? Haunted Hotels in Michigan 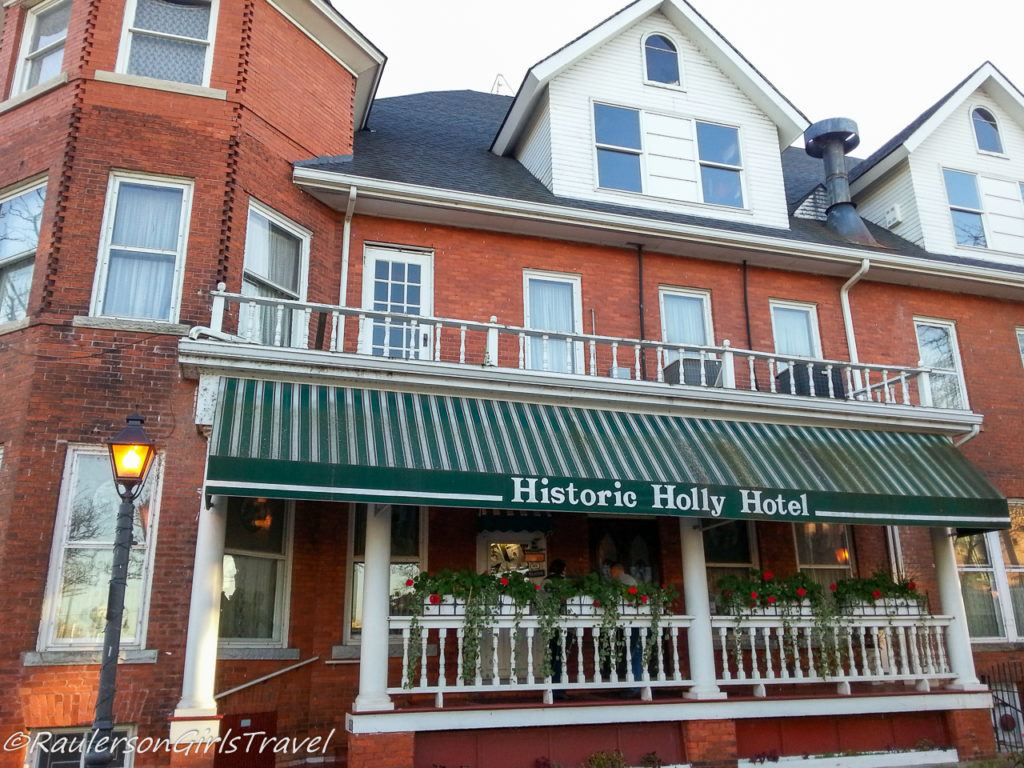 As most of my friends and family know, I love haunted houses and ghost tours. I try to make an effort to go one if I have heard of something spooky or haunted in the town. One such place is right in Michigan, the Holly Hotel. My good friend, Jennifer, invited me a while back to participate in a seance that was being performed at the hotel. Of course, I was for sure, going to go! The question for you to answer when visiting the hotel is the Holly Hotel Haunted? I’ll let you decide. 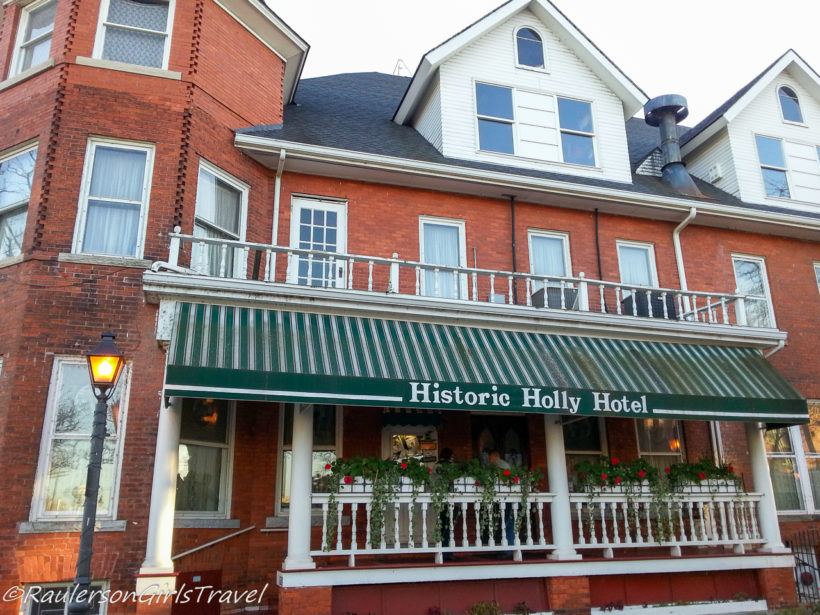 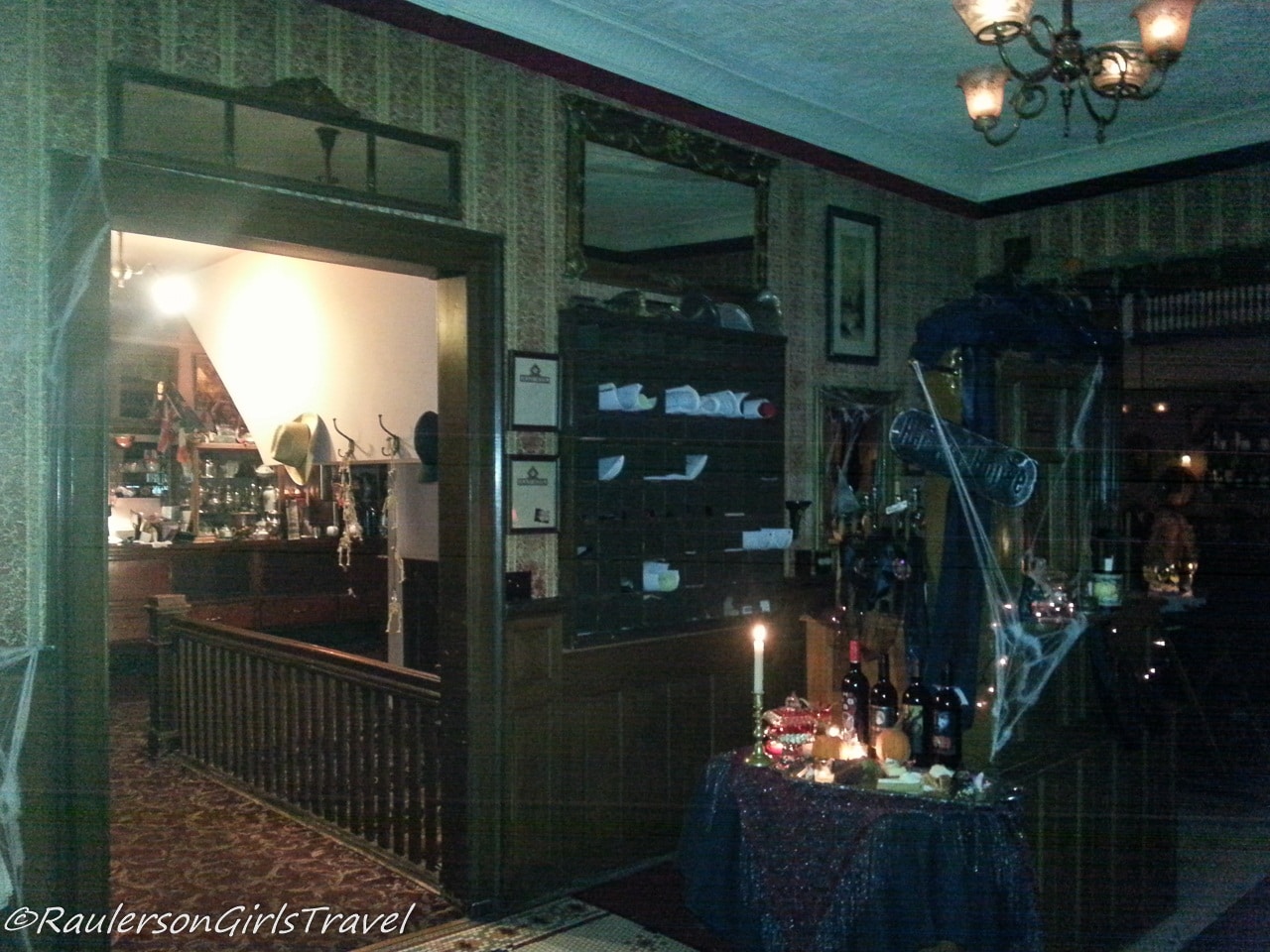 The Holly Hotel was built in 1891 right on the Flint and Holly rail lines. As a railroad inn, the Holly Hotel saw a tremendous amount of traffic in travelers and salesmen staying overnight, meets and demonstrations in the public rooms, and a formal Sunday Dinner in the dining room attended by travelers and locals alike. The north part of the hotel faces Battle Alley where the street was named after the numerous saloon fights and injuries that happened on the street. In 1908, Carry Nation came to Holly with a massive group of Pro-Temperance supporters and clubbed patrons with their umbrellas and she, herself, broke Whiskey bottles in the hotel bar with an ax she carried. This was all because the Holly Hotel proprietor would not condemn the drinking habits of his patrons. In honor of this crazy act of defiance, the Holly Hotel honors Ms. Nation with reenactments and discounts on drinks at the bar every year.

The Holly Hotel has survived through two fires (see below), two world wars, the Great Depression, the fall of the railroad as a mode of frequent transportation, and the decline of the surrounding town. After the second fire, the hotel was restored carefully to its former glory with over a half-million dollars in renovations. It has persevered and in 1980 was put on the National Register of Historic Places. It is only one of the few on that list that has served food continuously for three separate centuries.

The fascinating, sad part of the Holly Hotel’s history is that there have been two fires devastating the hotel. But the number isn’t what is interesting; it is when they happened that makes you pause and wonder. Both of the tragic fires occurred on the same day in January (the 19th) and within the SAME hour 65 years apart destroying a significant portion of the hotel both times. That makes you scratch your head and wonder how could that have happened twice at the same time?

As a purported bonified haunted house in Michigan, the collection of ghosts or ghost activity has been widely reported. The most seen or witnessed is John Hirst, the first owner of the Holly Hotel. He has manifested during the renovations after the second fire, and there are several witness accounts of smelling cigar smoke when there is no one around. The next frequent haunting deals with the smelling of perfume, who it is believed to be from Nora Kane, a hostess of the hotel and the hearing of music playing when none is playing. The most spirited haunting deals with a small girl she is seen playing in the kitchen and at the bottom of the banquet room steps. She likes to move objects in the kitchen. Also, there is an Indian in full gear sighted in the dining room. With all of these hauntings, ghost hunters make a regular yearly trek to catch the Holly Hotel ghosts. 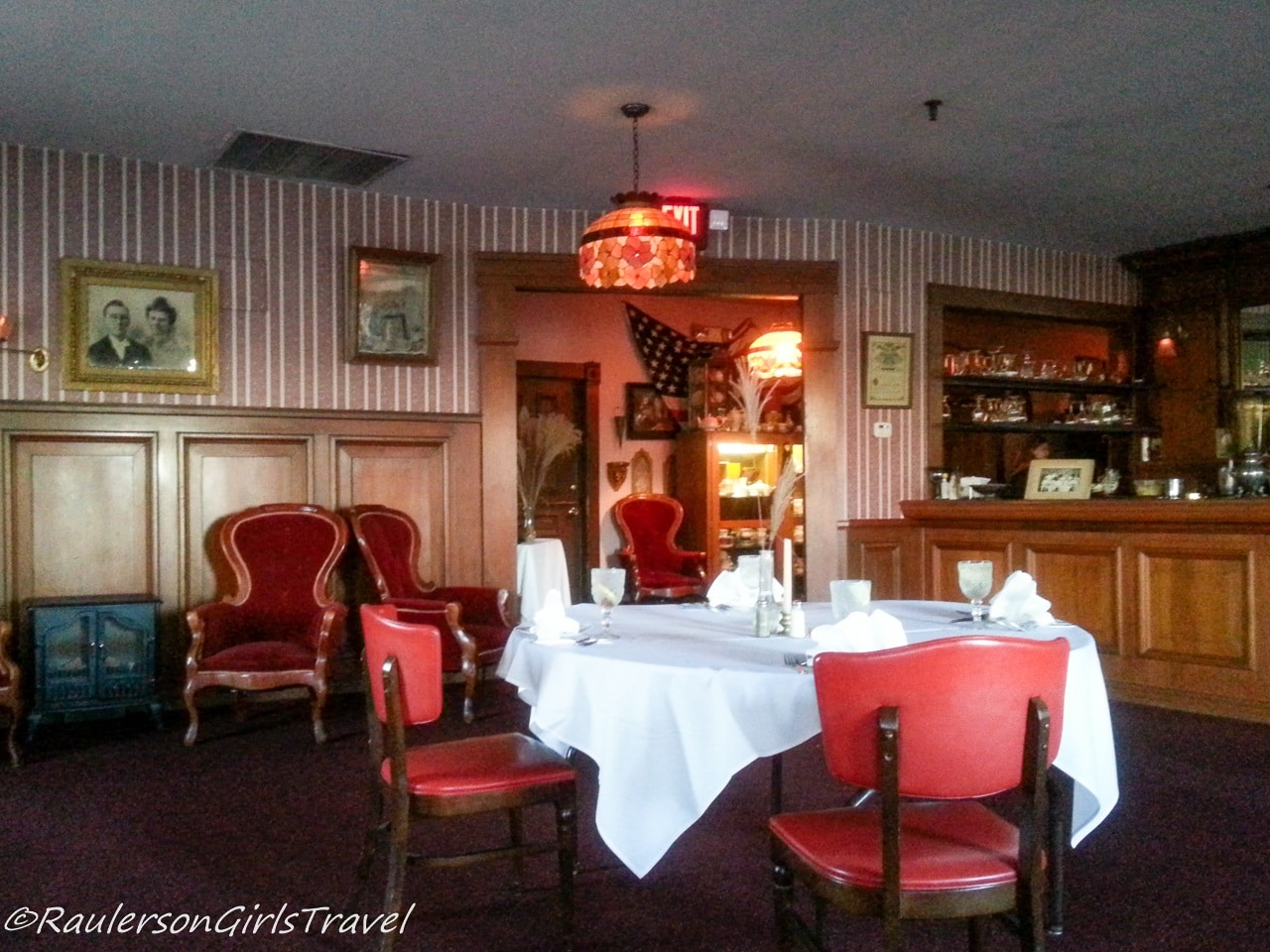 If you have never been to a seance, it is hard not to laugh at some of the absurdity of it. We show up, and there is ‘Goddess’ written in salt on our table. The medium starts saying that you should have an open mind, and once the circles are balanced, the invocation begins. The lights are turned out with only a few candles lit on each table. It is very dark, and it is hard to see the person sitting across the table from you. As we are all holding hands around the table, some of us start to feel presences around us. There are squeals from some ladies at the next table then giggles from some more people in the room. Not sure what happened over there. I’m just trying to focus on seeing if I could connect with my dad. The seance lasts for a little over an hour. Then the lights are turned back on. 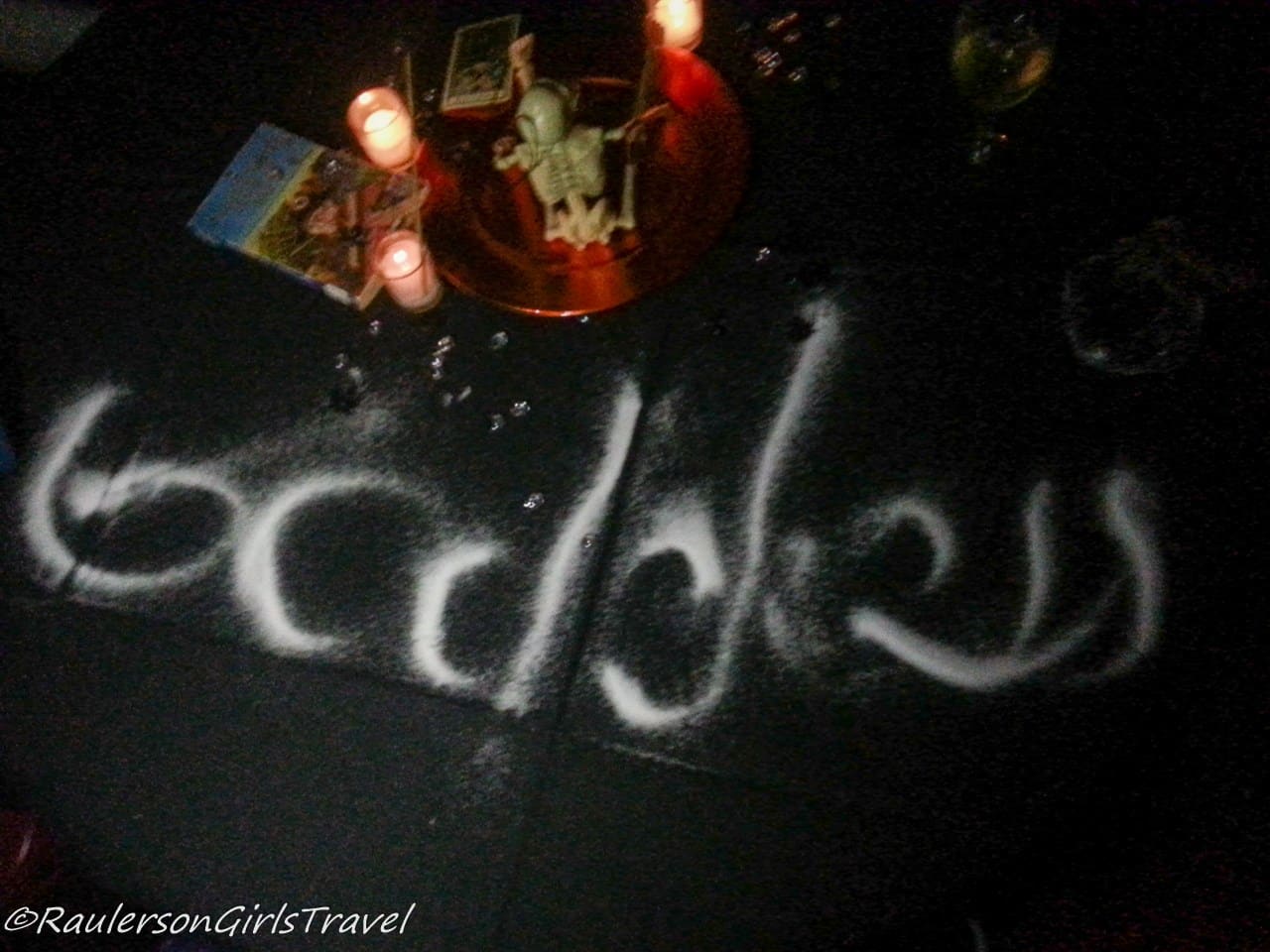 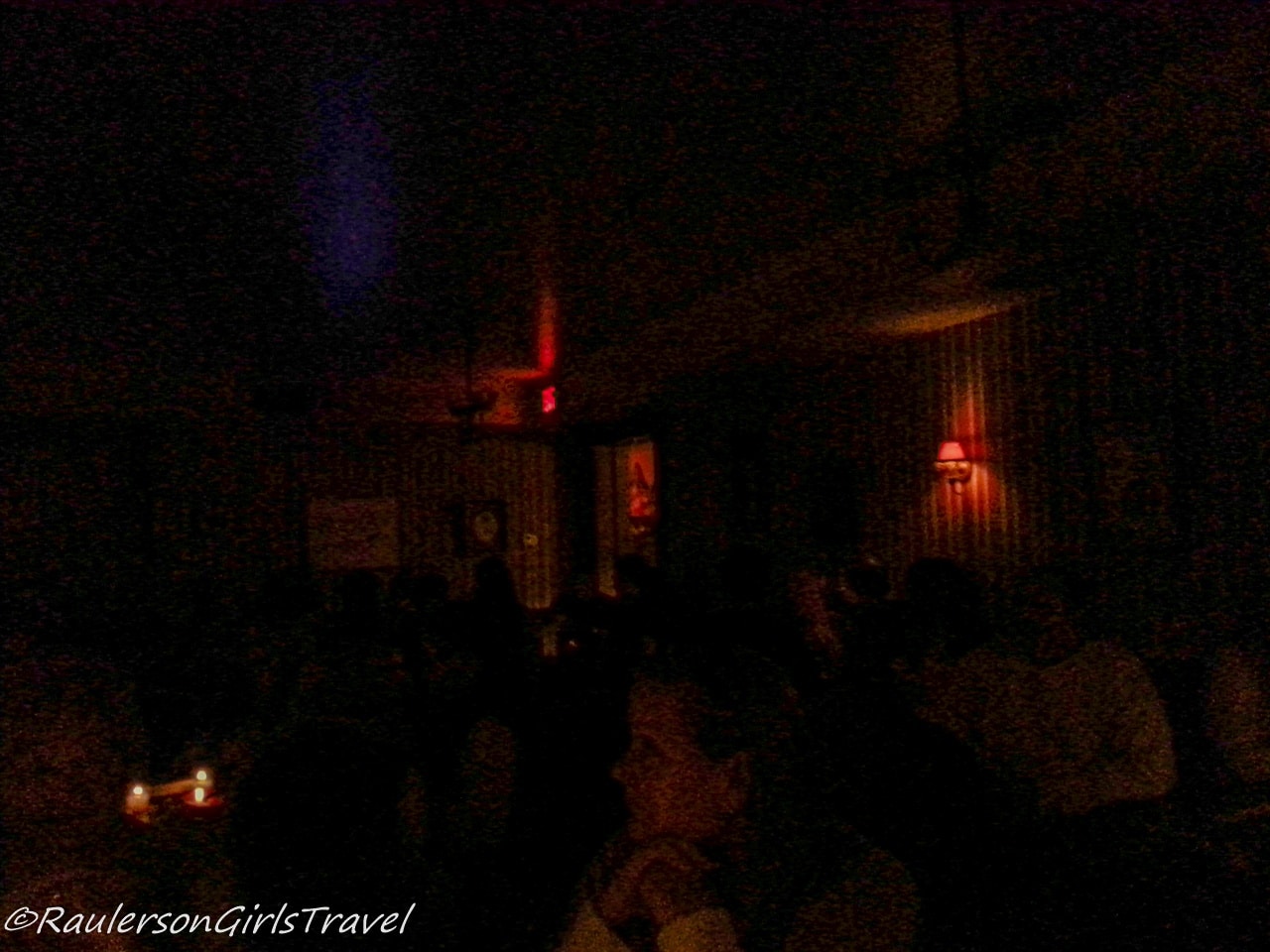 Ghosts Real or Not? 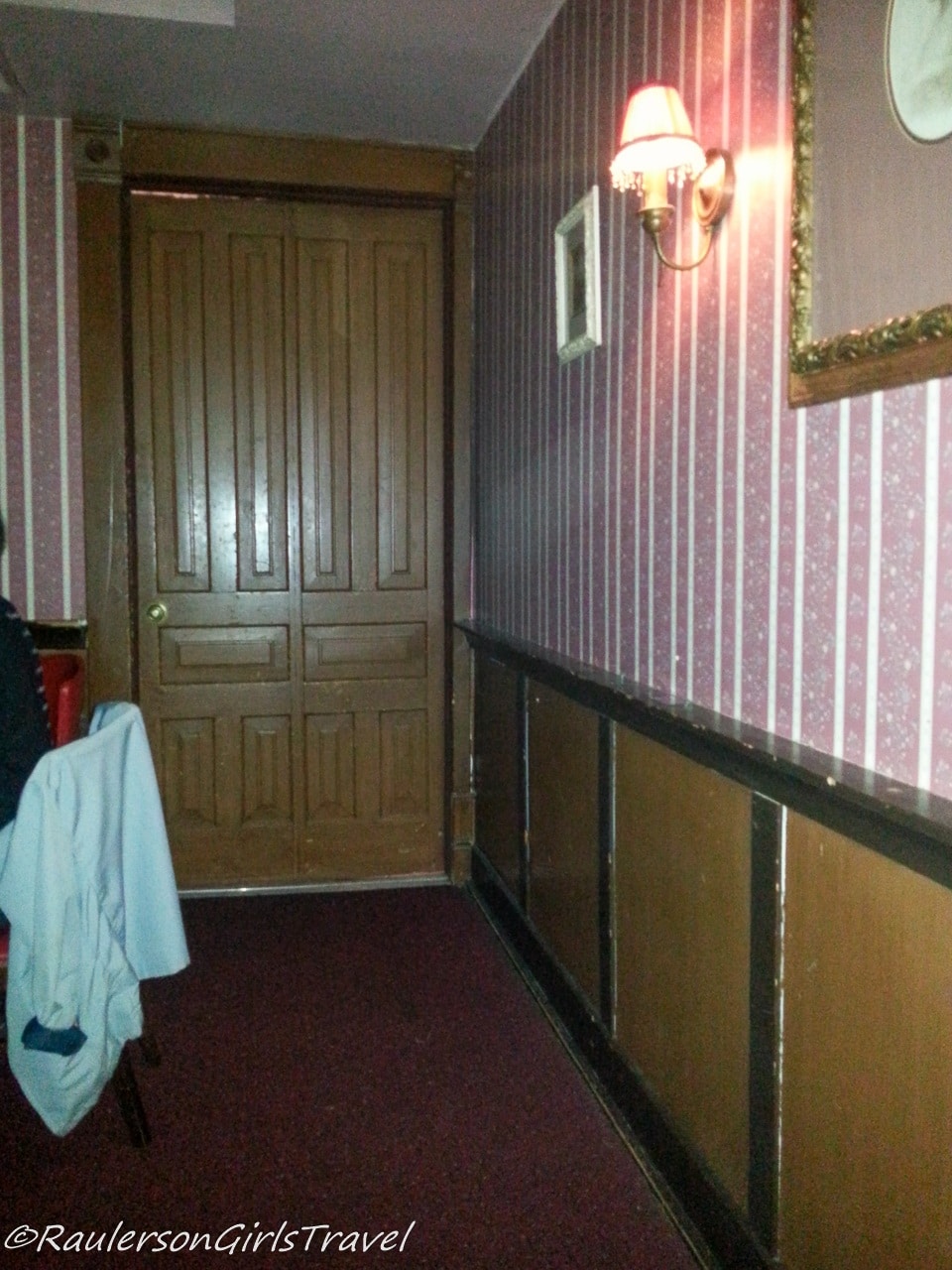 Do I believe in the afterlife? Yes! Was the streak of light in my photos a glare on my camera lens or something else? I can’t say for sure. I do know that as I was the one sitting with my back to that wall I definitely felt something and the hairs on the back of my neck stood up. As we were in our circle at our table, I almost felt the presence of my dad, or maybe it was that I wished it was him. Either way, this was an enjoyable spooky experience to have at Halloween. 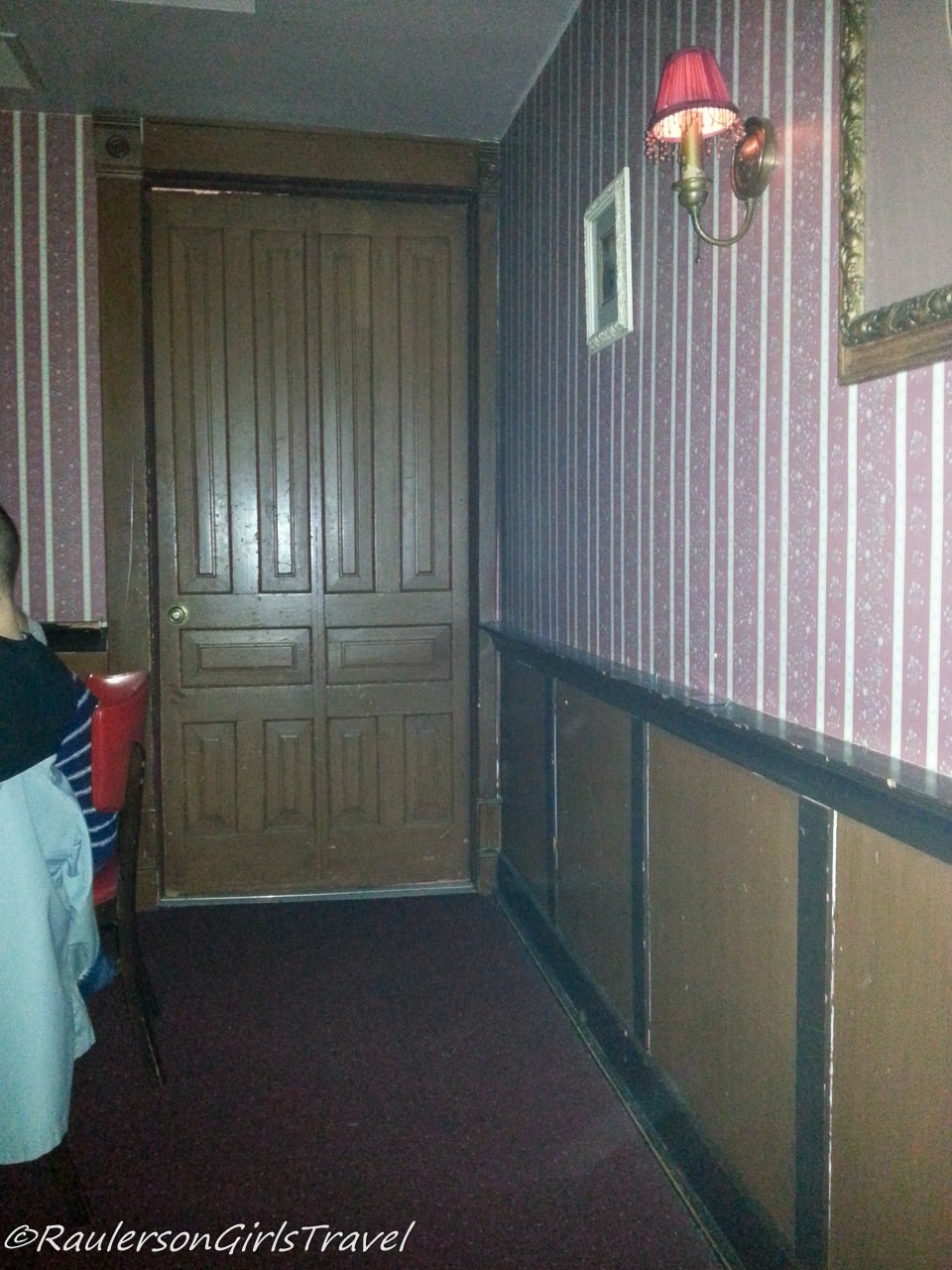 I can’t say enough of how much fun we had at this seance at the Holly Hotel. We laughed so much, and then the next minute freaked each other out with hearing noises and seeing things. It was a spectacular girls night out! I want to go back and try this again and see what happens next time. This special event is only held during the one week before Halloween and sells out fast so, make sure you claim your spot. Plus, if you want to come and visit Holly Hotel, there are plenty of other activities and events held throughout the year. They even have a comedy club that has had the likes of Tim Allen and Bill Maher perform at it. So, come and see for yourself if you believe that the Holly Hotel is one of the most haunted hotels in Michigan. As for me, I think this place might have some extra customers of the non-living variety hanging out.

Join us on Facebook for regular updates and related articles
Check us out on Instagram to see what we are up to in photos
Follow us on Twitter for links to great travel articles curated just for you
View and purchase your favorite of my travel photos on SmugMug. And if you don’t see the one you want on the site, send me a comment below, and I’ll add it.
Or share this “Is the Holly Hotel Haunted?” with others by pinning on Pinterest! 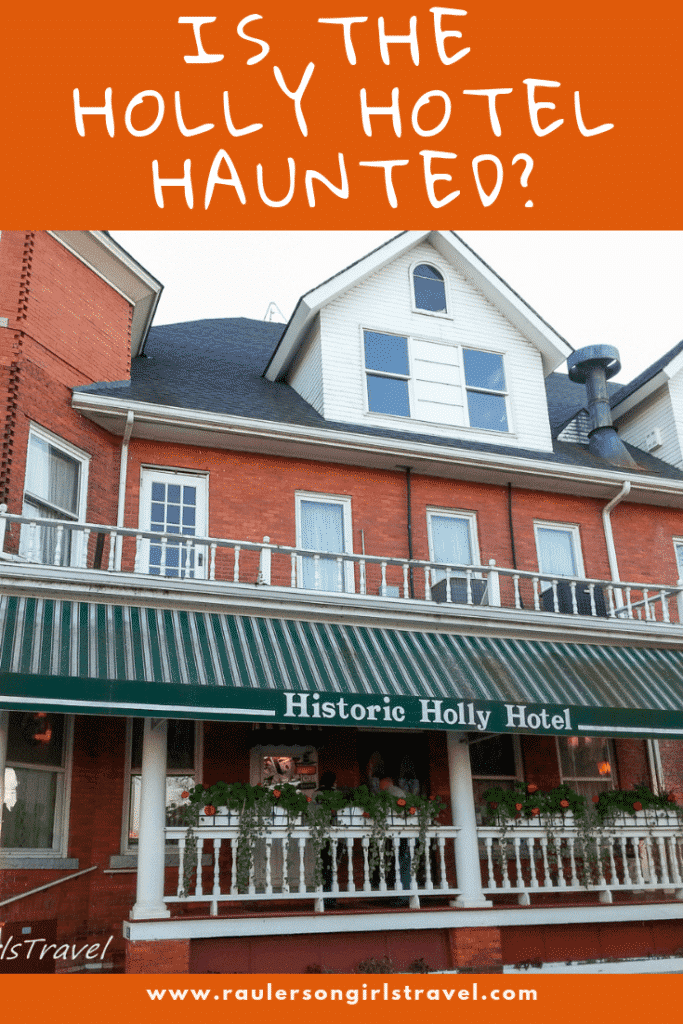 If you are coming to Michigan and Metro-Detroit for a visit, check out these posts for further travel inspiration: