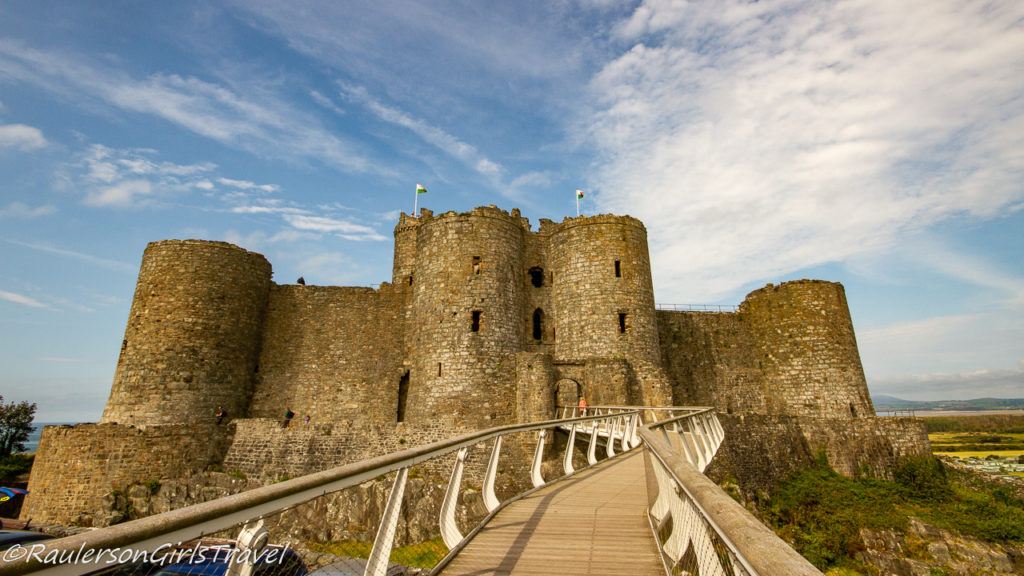 Harlech Castle, located in Northern Wales, is a must-see destination to view remarkably preserved ruins. Visiting Wales in the summer surprised me with its ever-changing weather. It reminded me of Michigan, “if you don’t like the weather, wait five minutes, it will change.” On one of the sunny mornings, I took a bus down to Harlech to explore this castle ruins that have inspired artists for centuries. 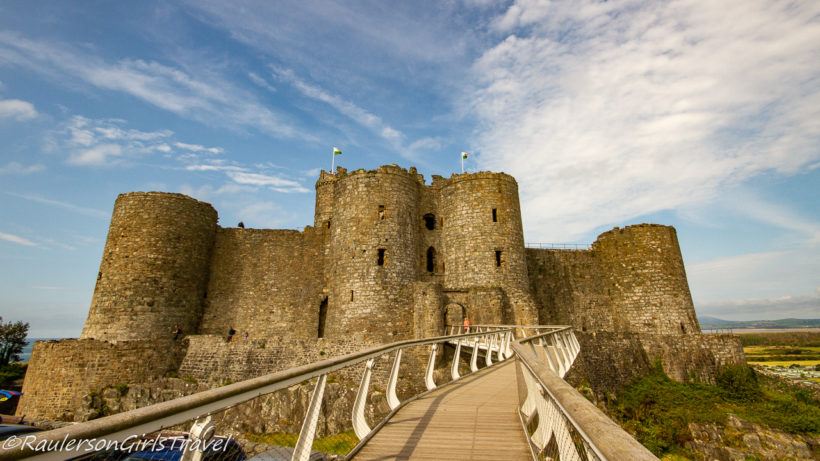 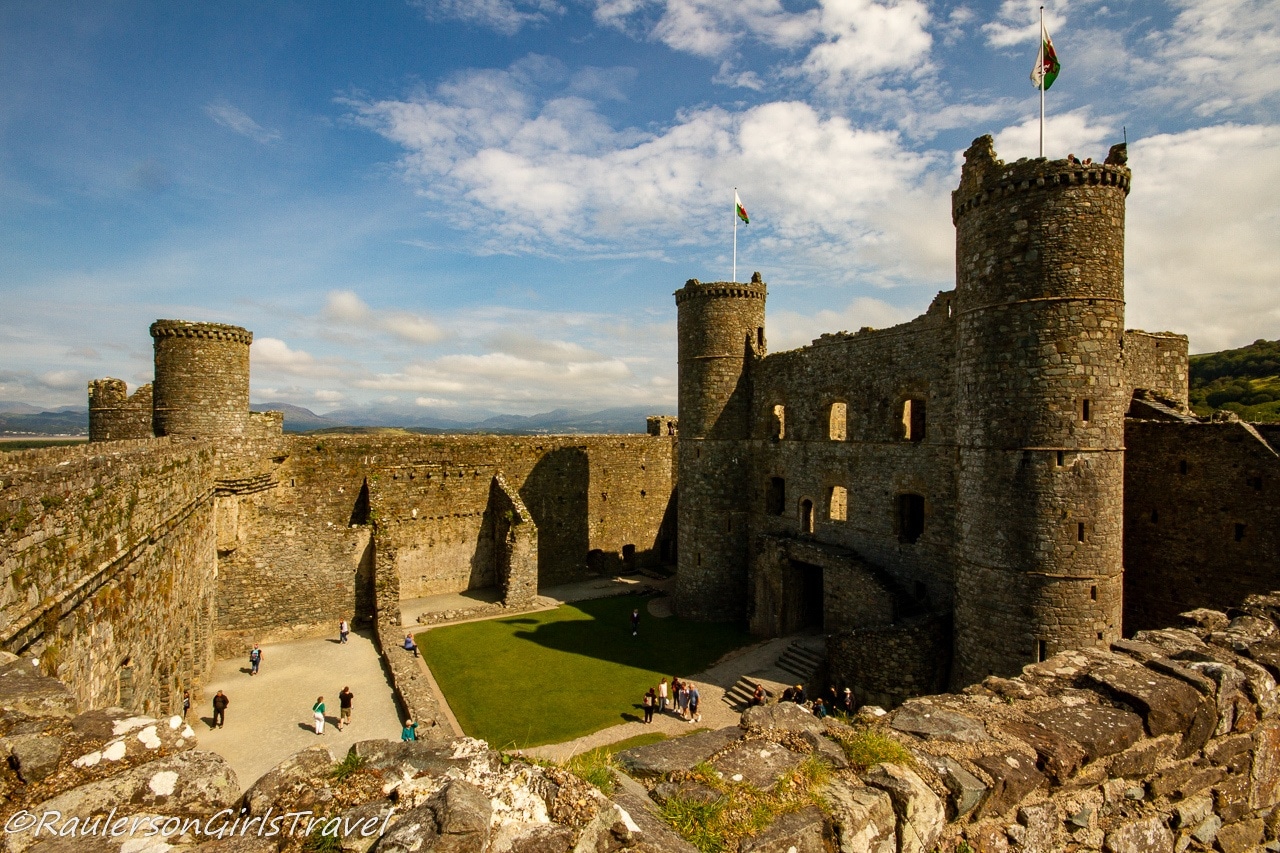 Built within six quick years in 1283 as part of Edward I’s plan to control Wales. The Welsh did not take so kindly to English rule, and a national revolt in 1294-95 was the first of five sieges on the castle. The Welsh were able to take back the castle from the English in 1404 with Owain Glyndŵr in charge. Although his hope of Welsh independence was long fought, it was not realized. Harlech eventually falls back into the English’s hand during the English Civil War in 1647. Thank god that orders to destroy Harlech after they defeated the Welsh were not carried out. Harlech Castle remains one of the most elegant medieval buildings in the world.

Harlech Castle became a UNESCO World Heritage Site in 1986 along with Caernarfon, Beaumaris, and Conwy Castles in Wales. Because of the global recognition for this historical treasure in Europe, Harlech is preserved and taken care of by Cadw. If you have a Cadw membership, admission is free; otherwise, it is 7.50€. 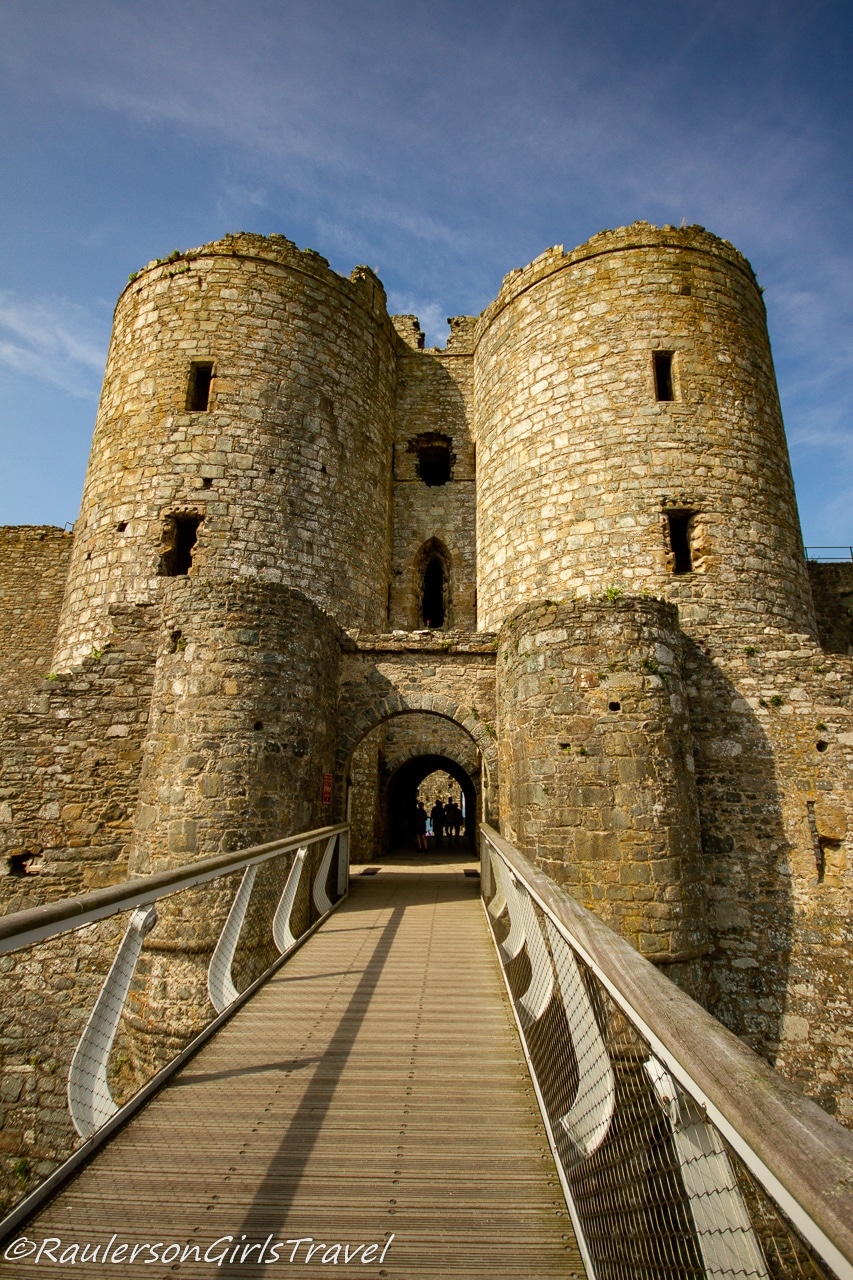 Harlech was a smart military stronghold built entirely on a rocky crag. Protecting the Afon Dwyrd Estuary and the routes into the Snowdonia mountain range was the primary purpose, but the underlying goal was to control the Welsh. The castle has an impenetrable ‘killing zone’ between the main gate and the doors to the castle. The thick wooden doors, iron portcullises, and the murder holes above deterred invaders from attempting entry. Although it didn’t help entirely in a siege. Harlech was subjected to five sieges and only held out on one of them. Resulting in the castle changing hands from the English to the Welsh, to back to the English.

The ‘Way from the Sea’ 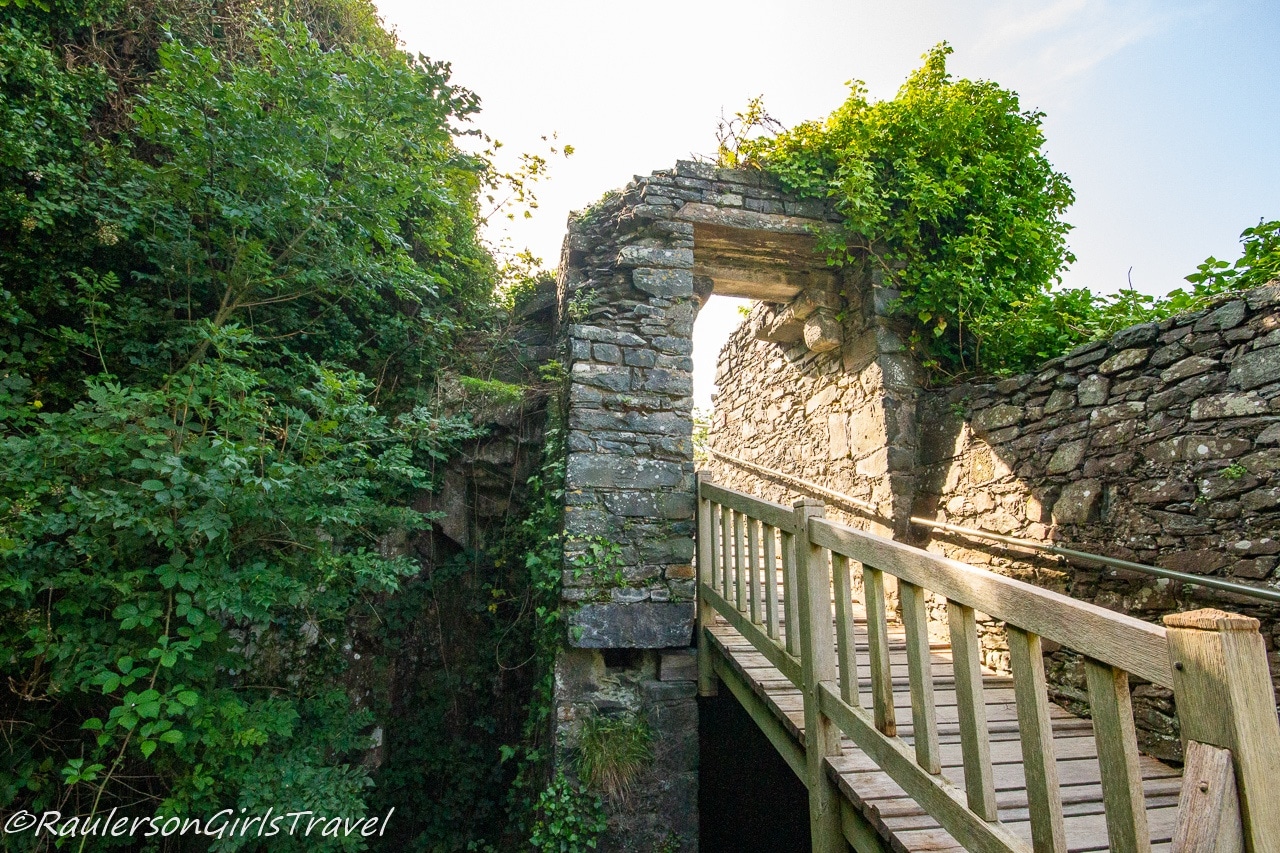 Winding around the castle is a steep path down the rocky cliff to the sea. Or it was to the sea; the water has receded over the past hundreds of years. This pathway was used to supply the castle with food when a siege happened. Now you can enjoy a small hike down to the base. The path can be found in front of the castle. The ‘Way from the Sea’ cannot be seen until you walk down a bit. 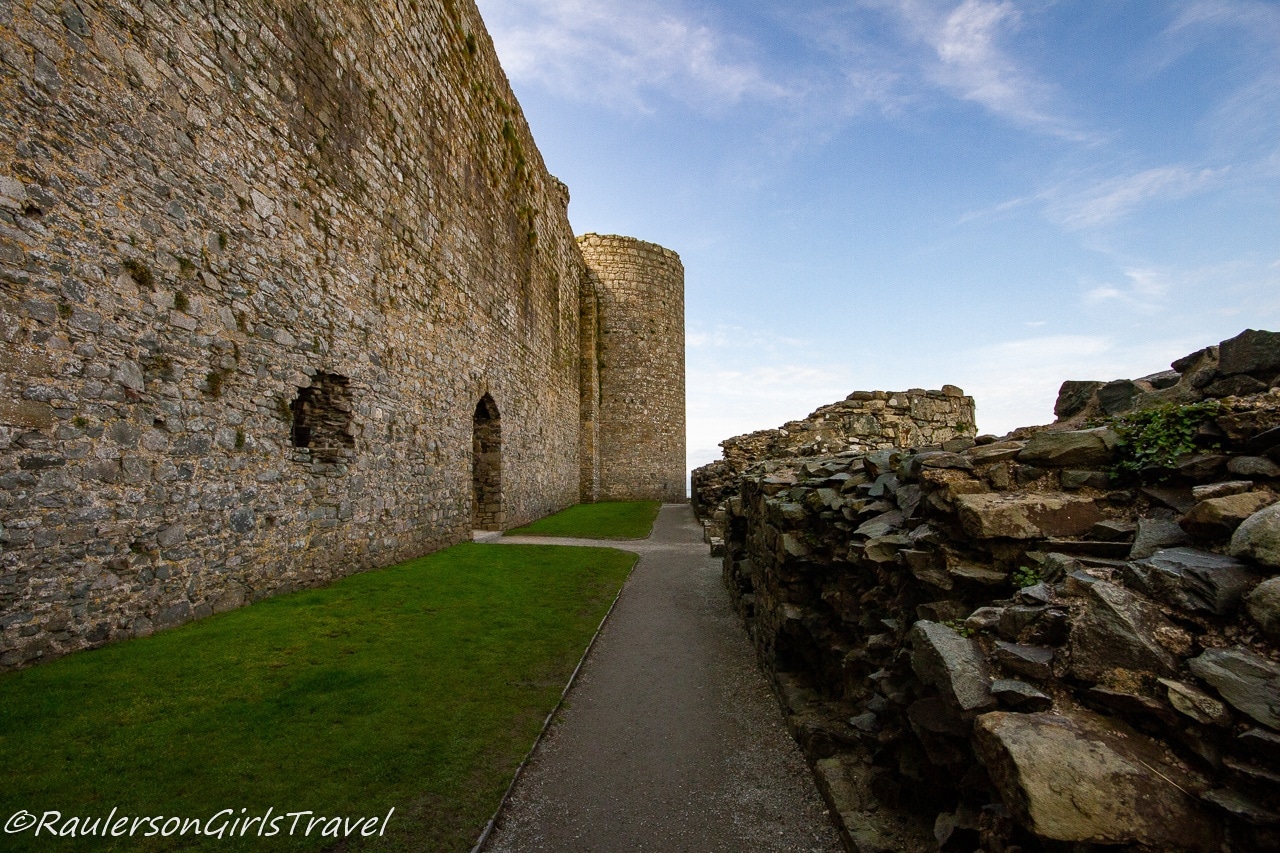 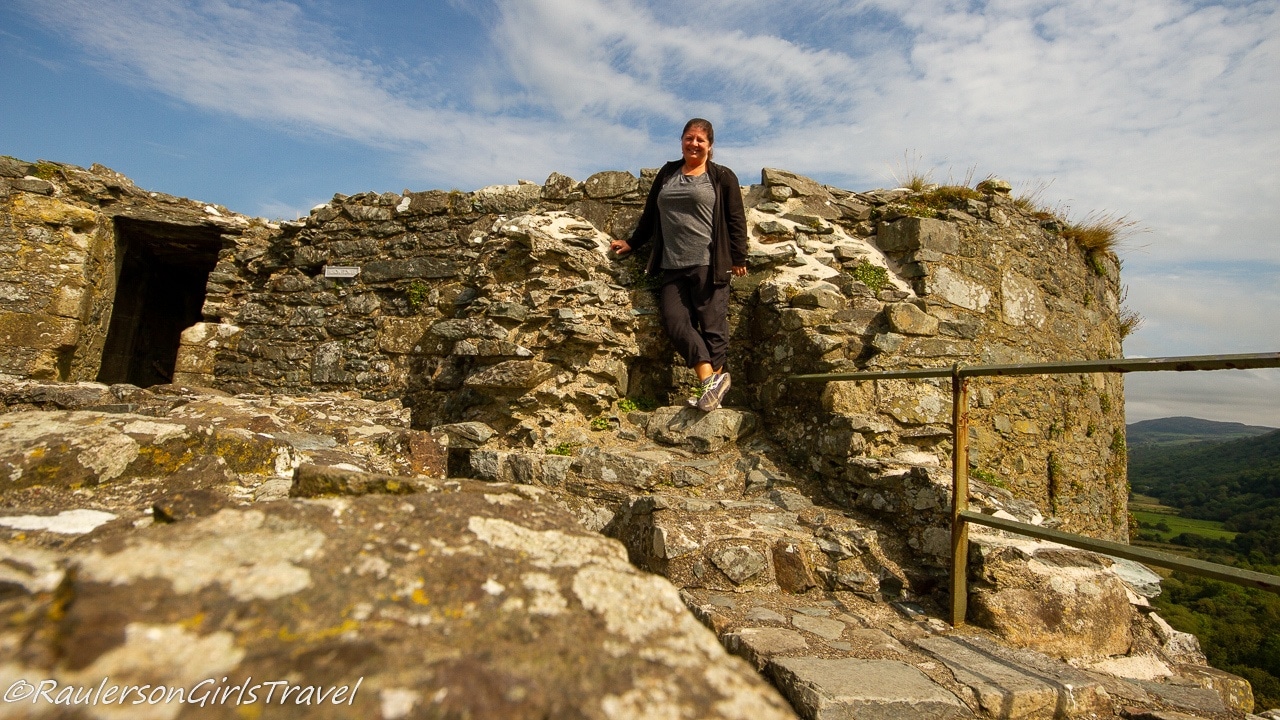 Climbing up the narrow stairway to the Harlech walls is not for the faint of heart. You only have a rope to hold onto until you get to the top with steps that have seen better days. But, once at the top, you are blessed with gorgeous views of the Wales countryside, Snowdonia mountains, and the entire interior of the castle. 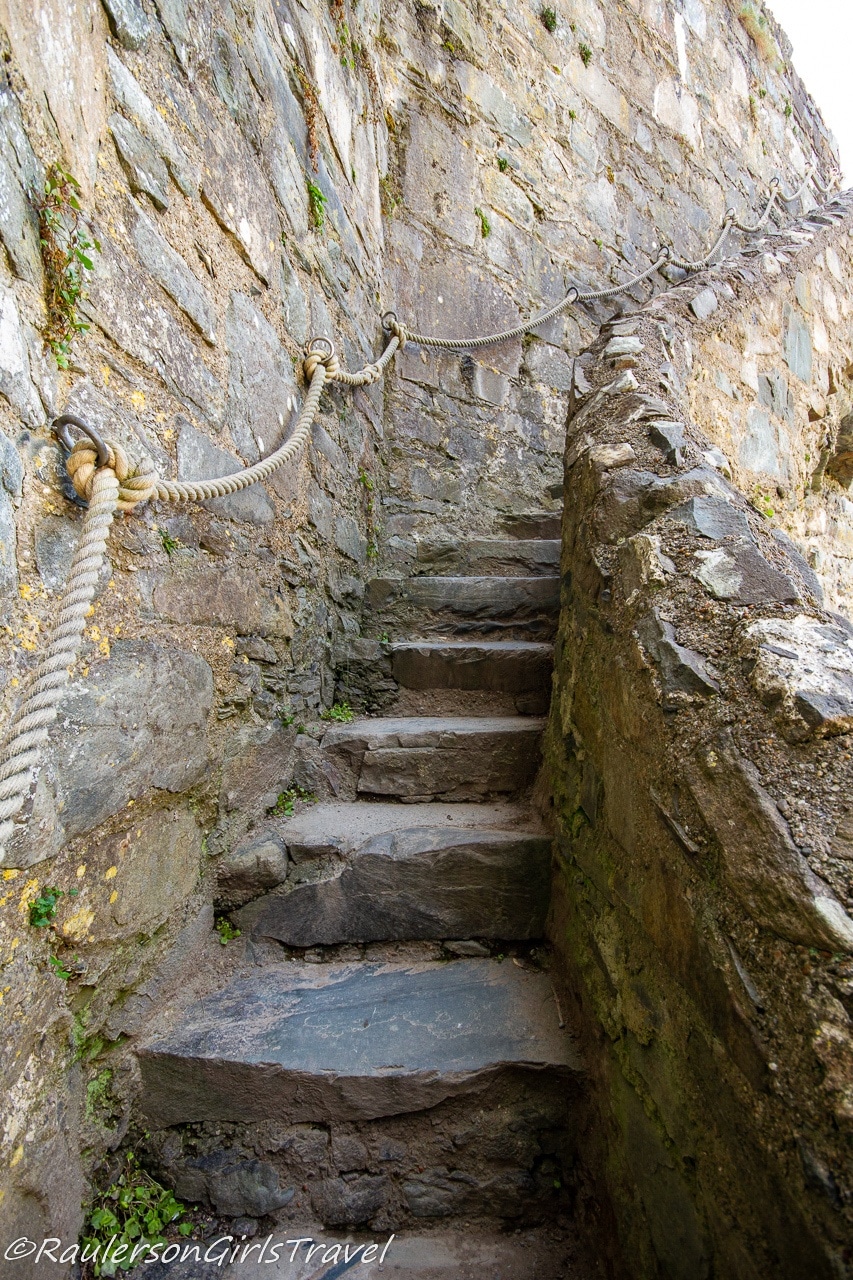 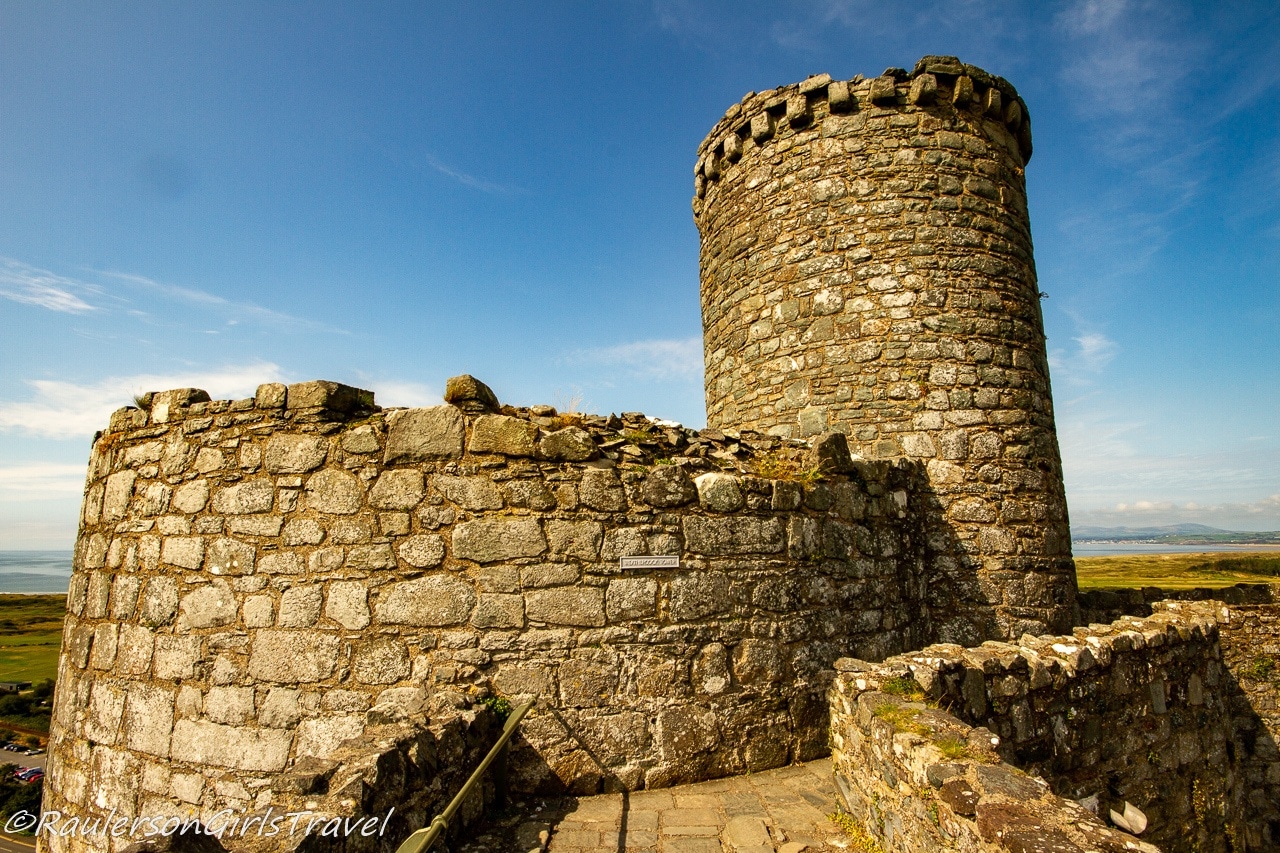 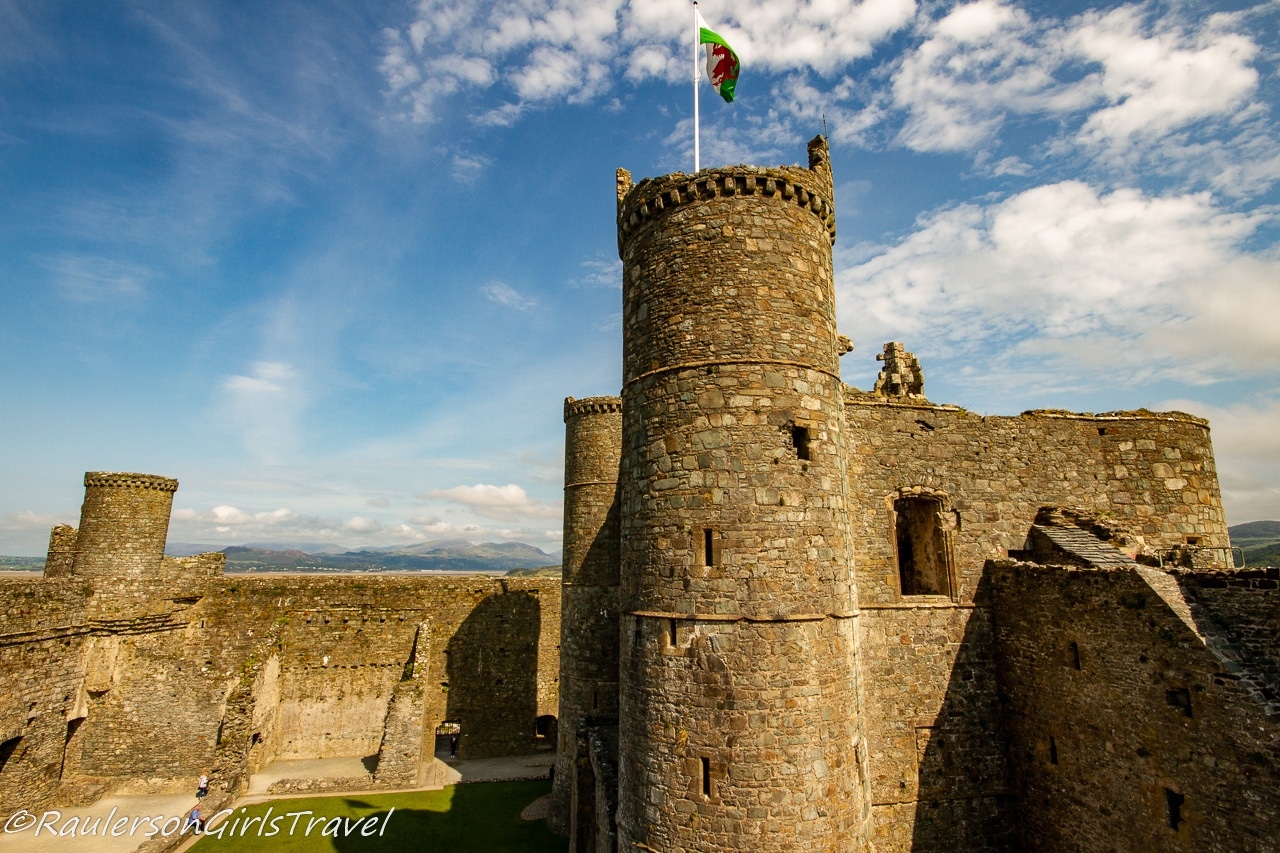 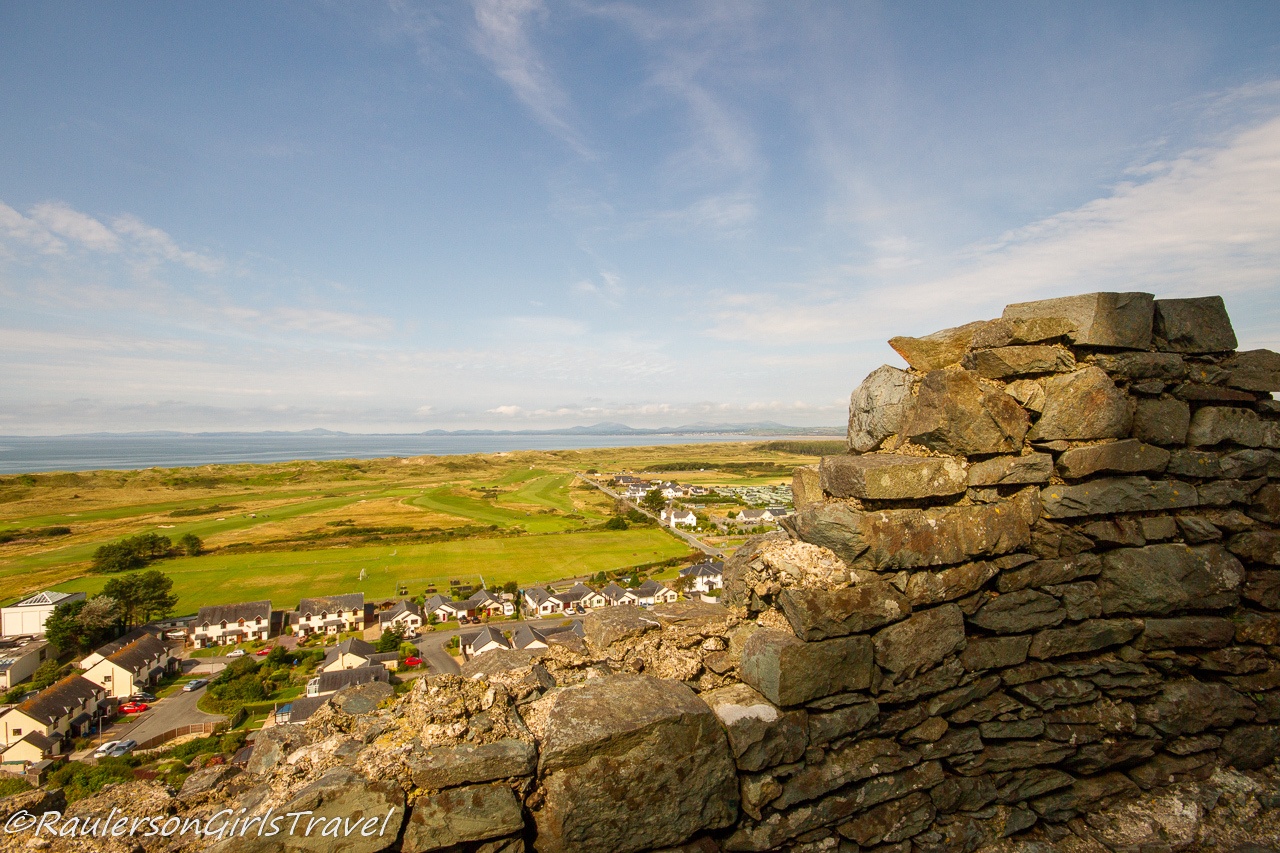 The best 360° view at the castle is on the top of the south-west turret of the gatehouse. I could have easily spent hours standing on the ramparts, enjoying the too brief sunshine that day. How different it would be to see that same view back in the 13rh-century and only see the water.

Going to the Deepest Depths 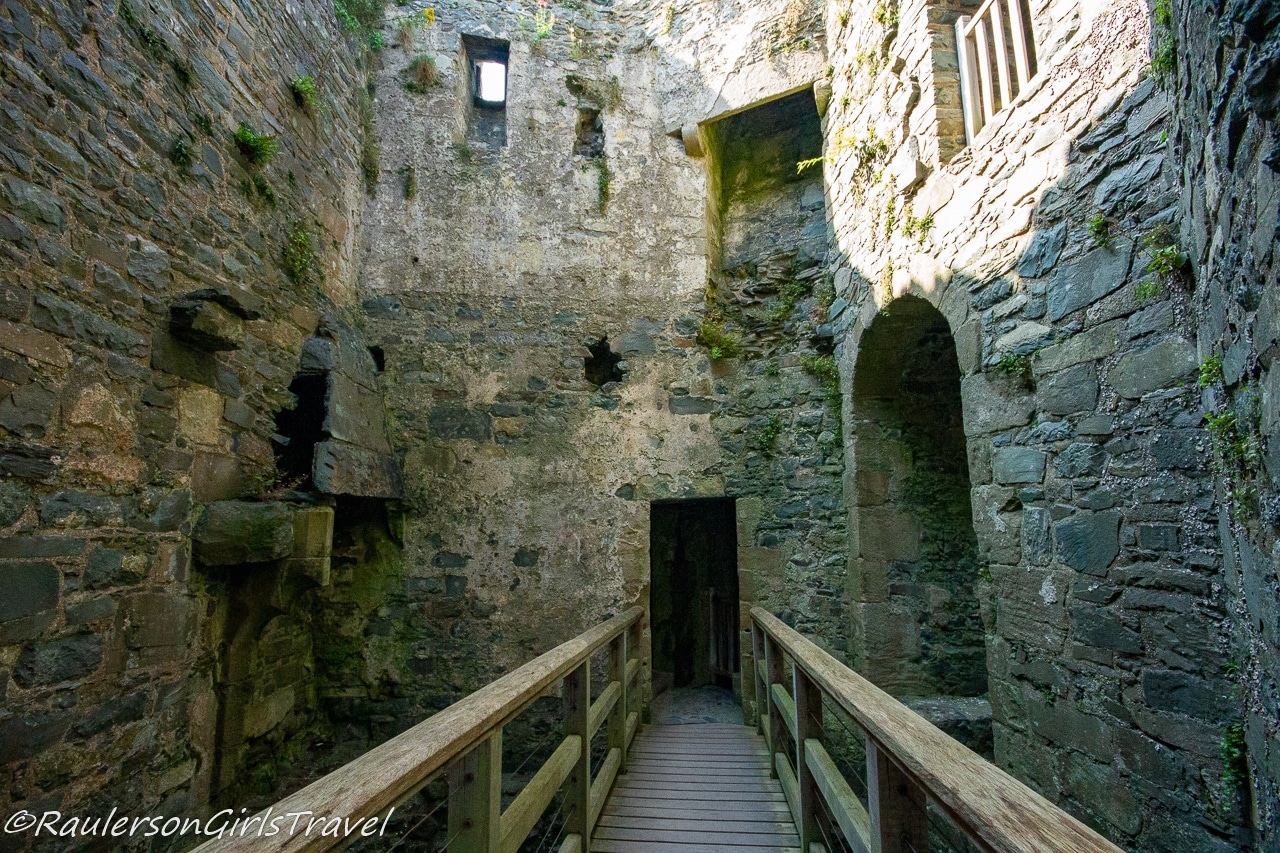 Exploring the depths and dark corners of castles is something that I enjoy. And Harlech had plenty of areas for me to discover. I stuck my head in every nook and cranny and turned down every hallway even if it was a dead end. 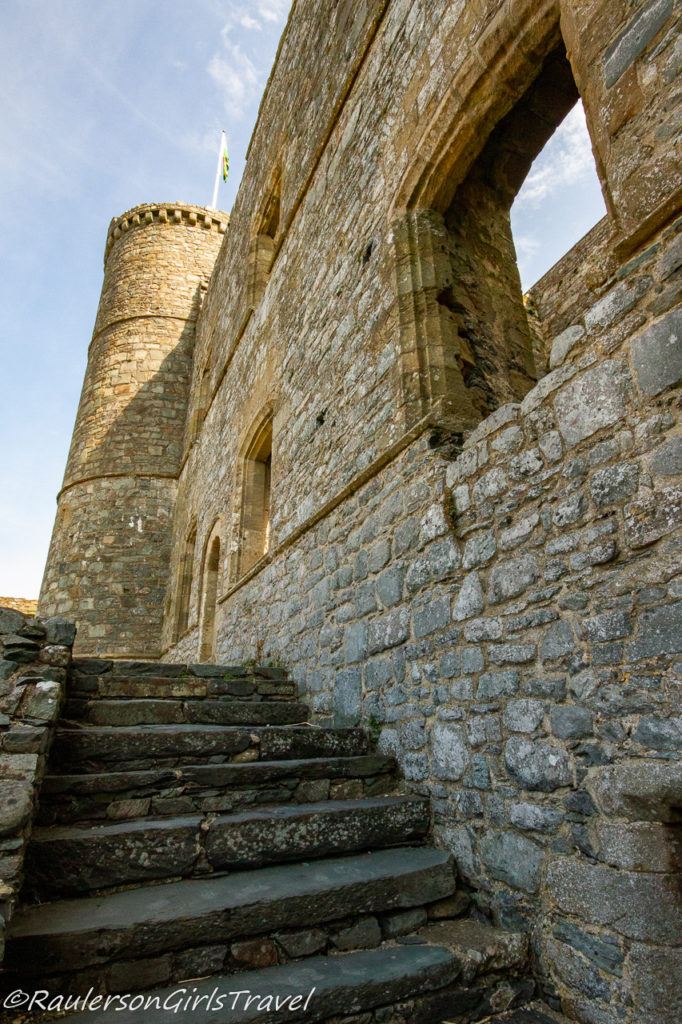 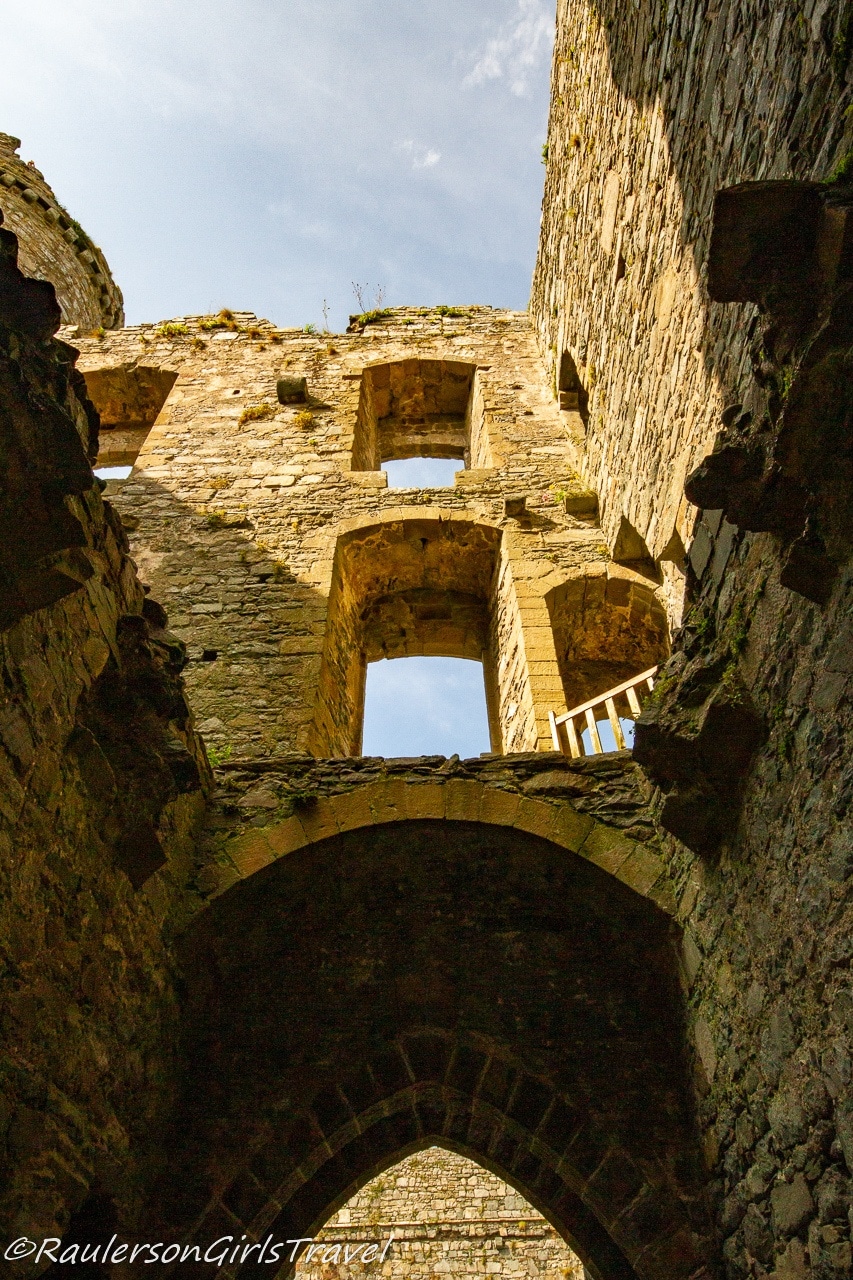 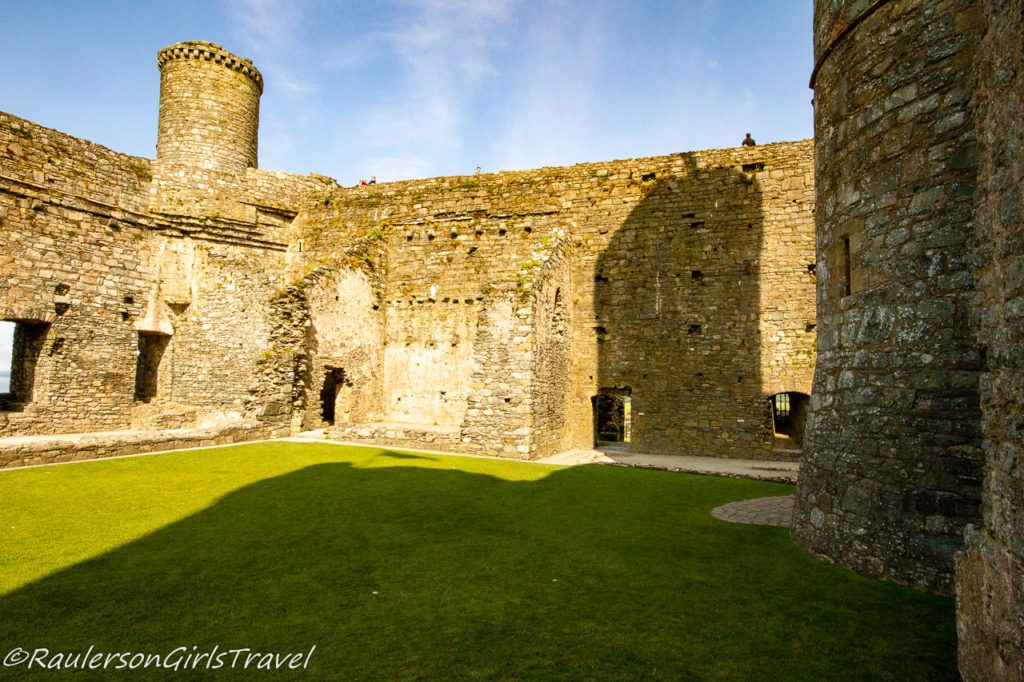 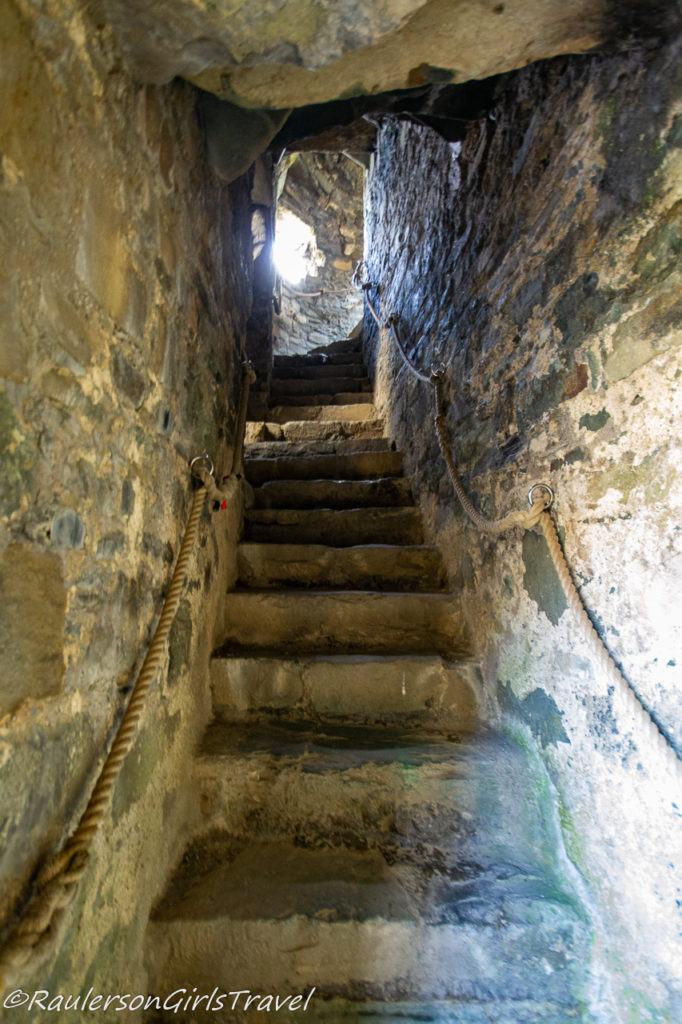 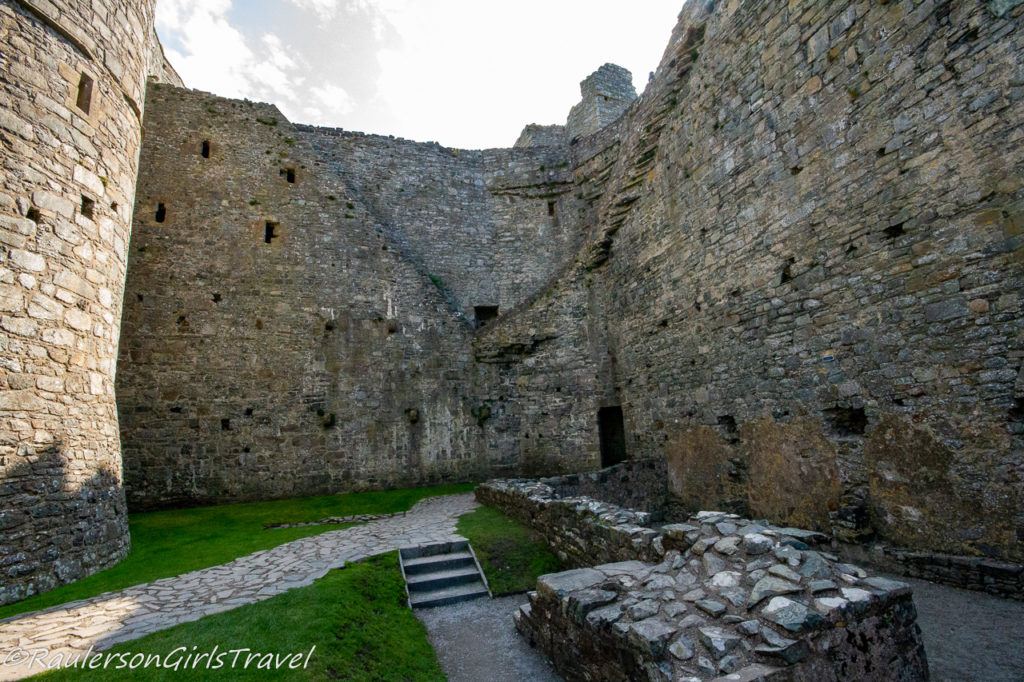 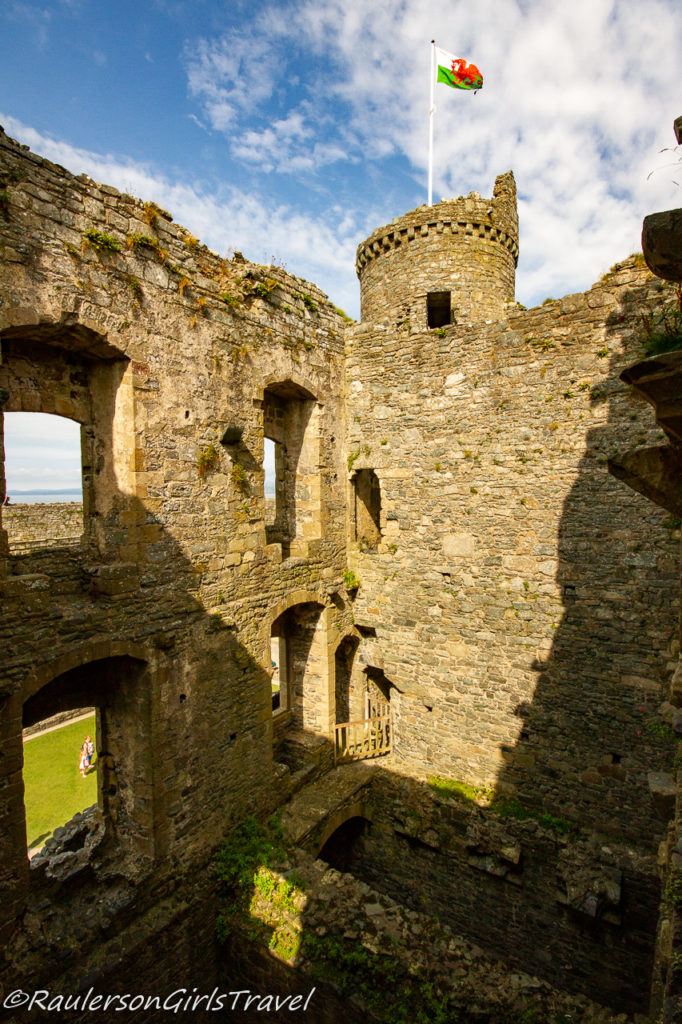 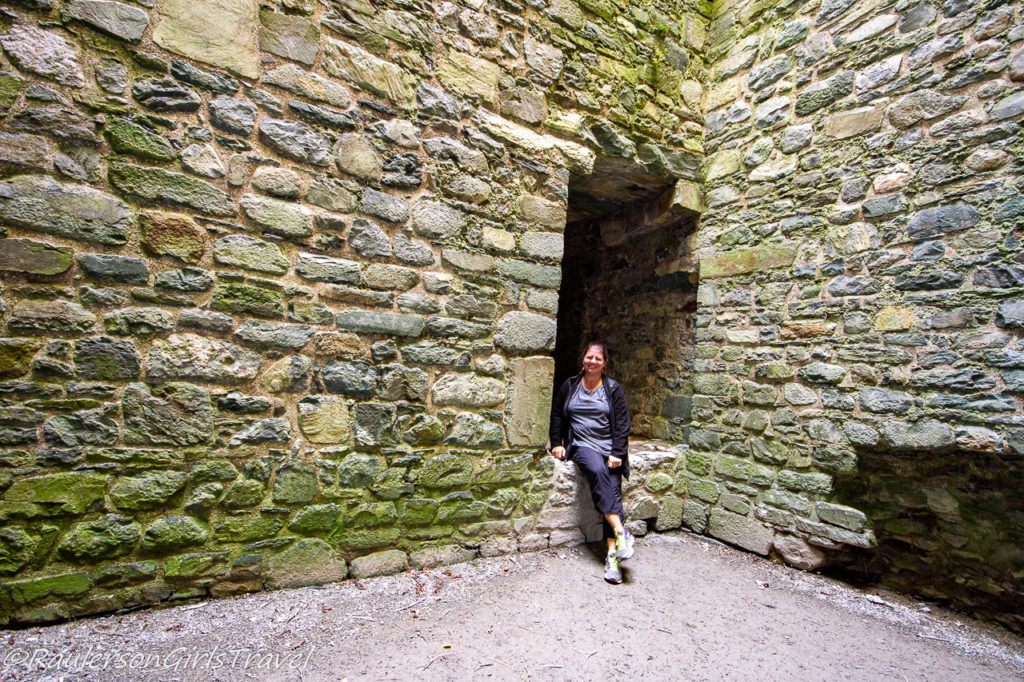 Harlech as an Artist Destination 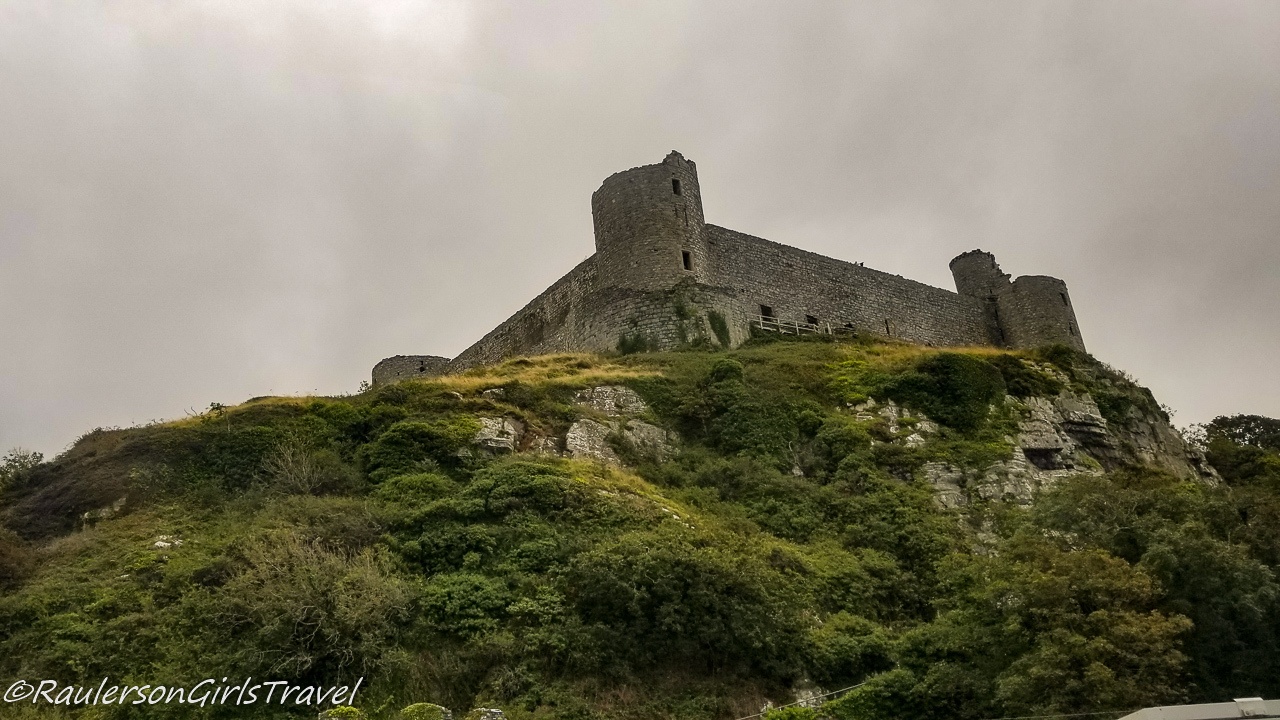 With the castle on top of the steep rocky cliff, this was a beacon for artists to paint. Numerous 18th-century artists came to capture Harlech Castle in its natural environment. The romantic landscape led to paintings, drawings, and engravings of the castle and surrounding area. I am even inspired to come back and watercolor paint this castle. By the late 19th-century, Harlech became a popular holiday destination and still is today. 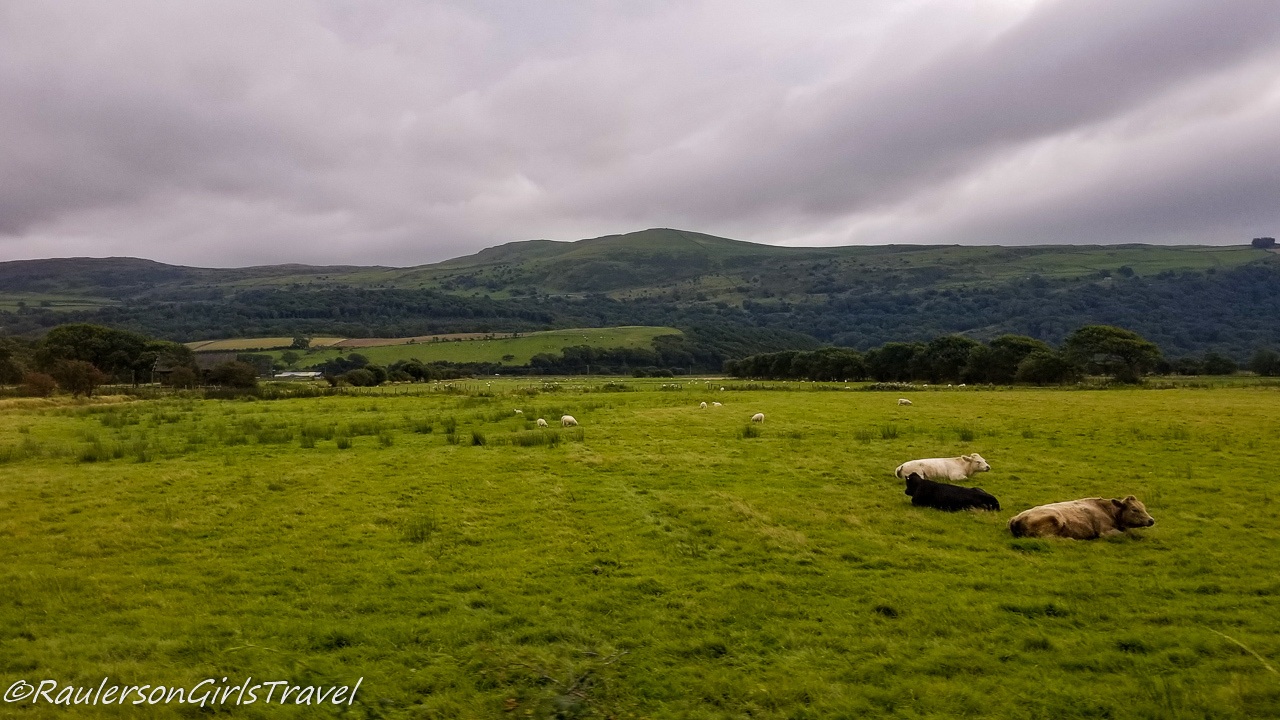 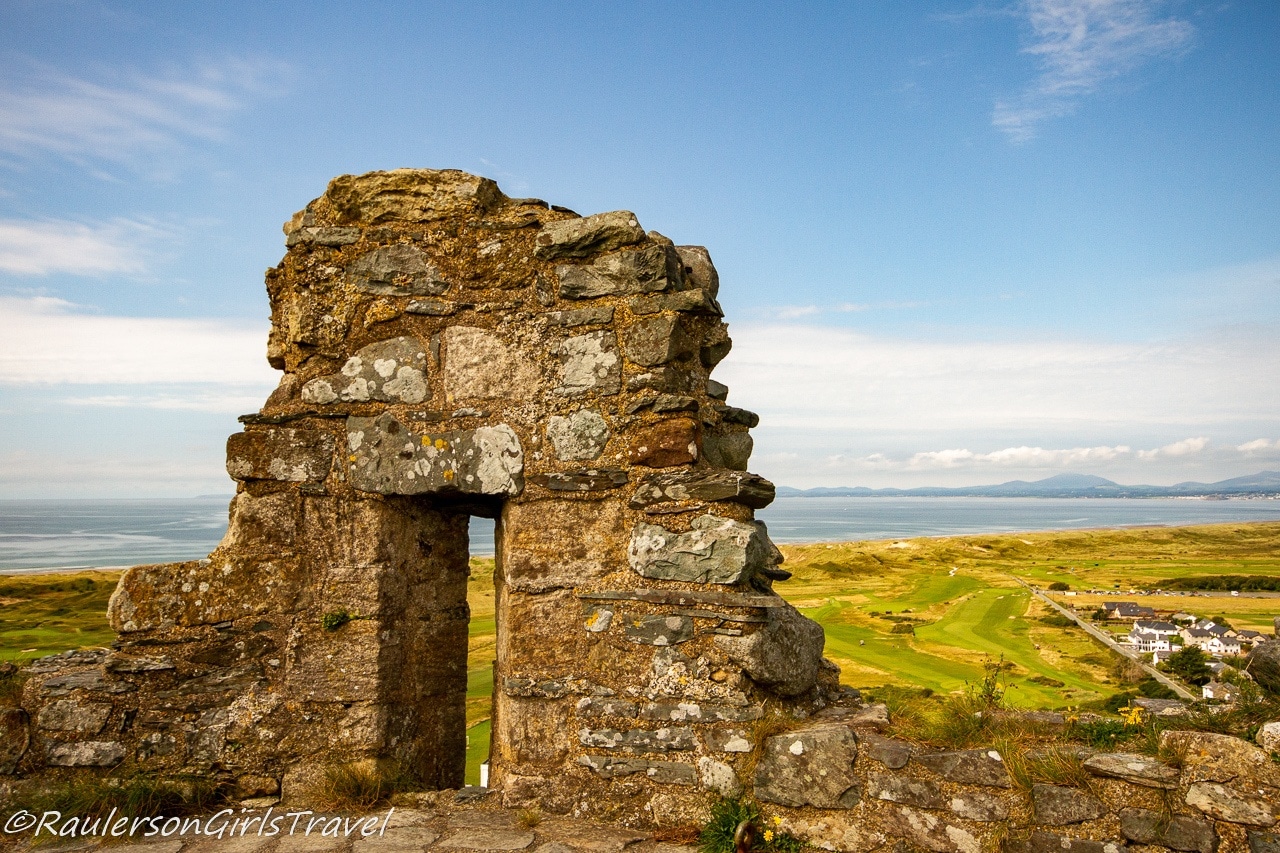 Wales is a beautiful country that should be visited and often. Harlech Castle is only one of many picturesque places in Wales that, despite its turbulent past, plenty of the castle remains to make it a prime tourist destination. And the inspiration from the spectacular scenery of the castle and the Snowdonia mountains as a backdrop makes it a must-see destination for artists everywhere.

Join us on Facebook for regular updates and related articles
Check us out on Instagram to see what we are up to in photos
Follow us on Twitter for links to great travel articles curated just for you
View and purchase your favorite of my travel photos on SmugMug. And if you don’t see the one you want on the site, send me a comment below, and I’ll add it.
Or share this “Harlech Castle: Turbulent History turns into an Artistic Showplace” with others by pinning on your Wales or United Kingdom Travel Pinterest board! 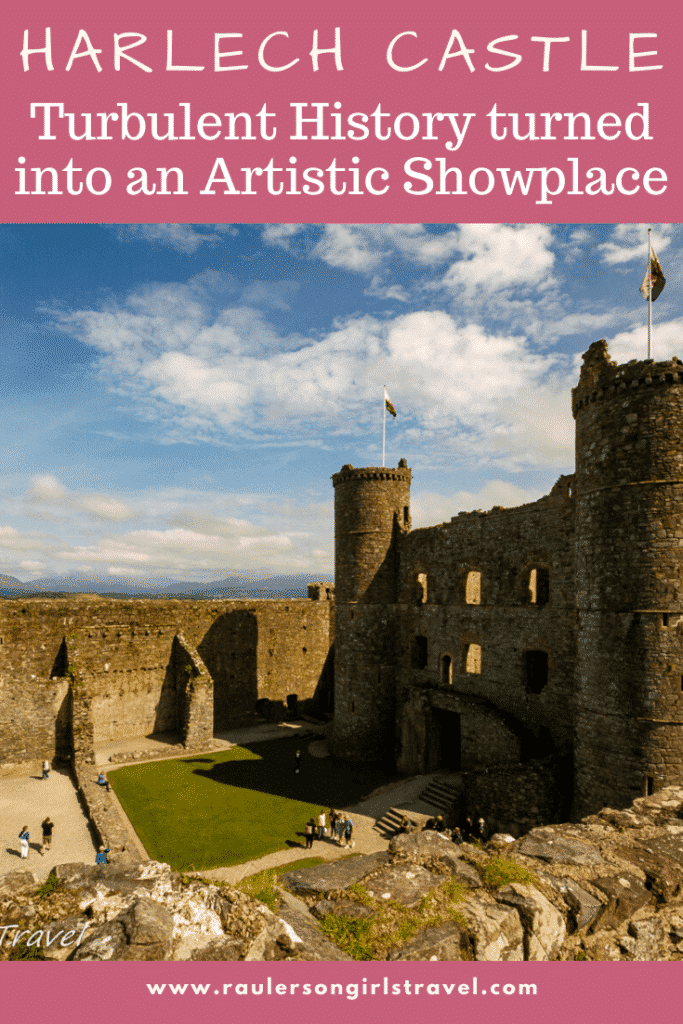 If you are coming to Wales for a visit, check out these posts for further travel inspiration: