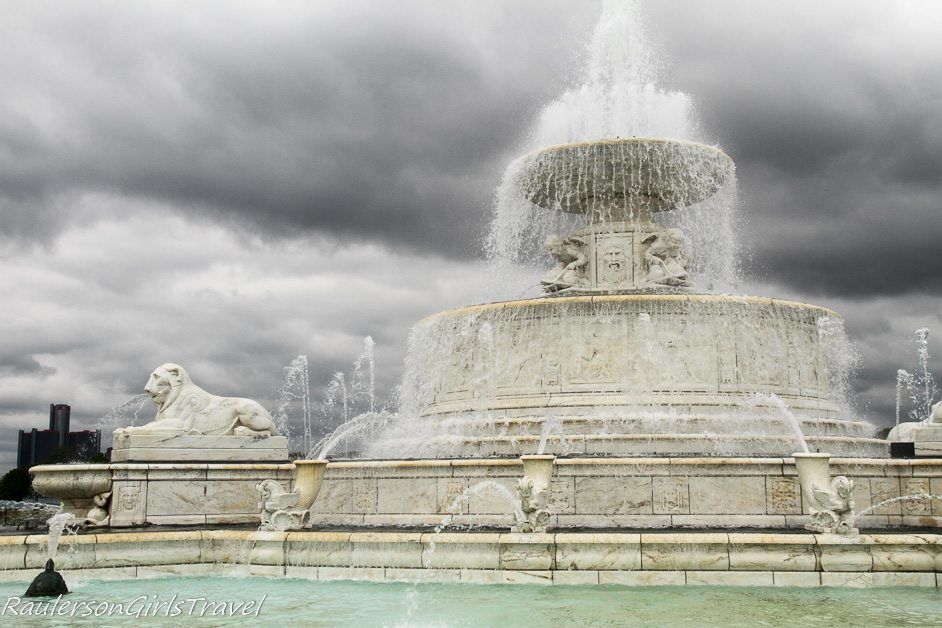 When you picture Detroit, you don’t think about a beautiful park with fountains, a conservatory, a museum or an aquarium. But, Belle Isle State Park has that and more. I spent a day exploring Belle Isle and discovered a few Gems that I wasn’t even aware of.  Here are my favorite top 4 places to visit on Belle Isle.

This is one of the first stops you make exploring the island. The fountain was a gift from money left by James Scott for the city. It was completed in 1923. He also instructed them to include a life-sized statue of himself sitting facing the statue and the Detroit skyline. He was said not to be a nice man, but the irony of his request is that the fountain sprays water right in his face.

The fountain is made up of over 100 water fountains and statues of lions, turtles, and figures of Neptune throughout the design. It is reminiscent of the grandeur of Italian fountains almost seeming a bit out-of-place in Detroit but, impressive none the less. 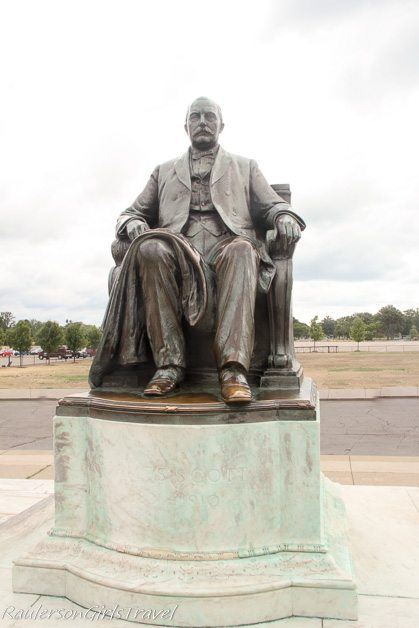 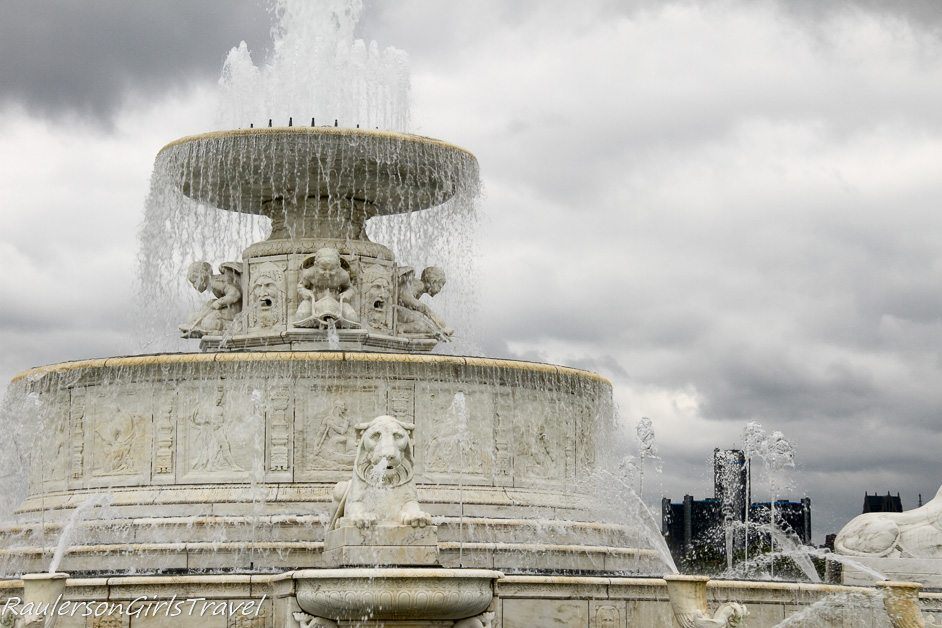 This building was a complete surprise to me. It is on a small-scale but, once inside you are amazed. The interior designed with green subway tile is beautiful. This makes your experience more authentic because you feel like you are under water viewing the fish. Belle Isle Aquarium is the oldest aquarium in the country when it opened in 1905. And at the time it was the third largest aquarium in the world. The Belle Isle Conservancy is committed to restoring and maintaining the original historical design of this building. They have done an excellent job so far as evident in my photos. 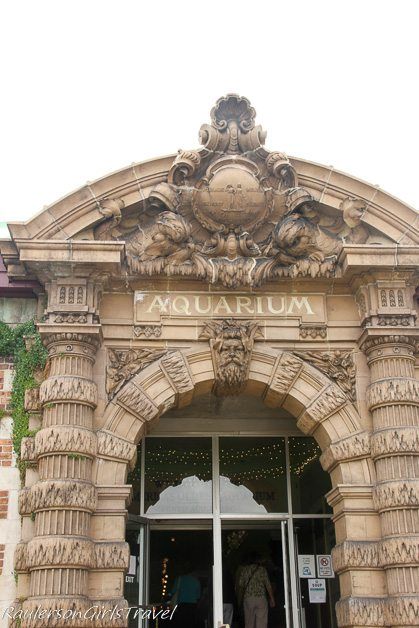 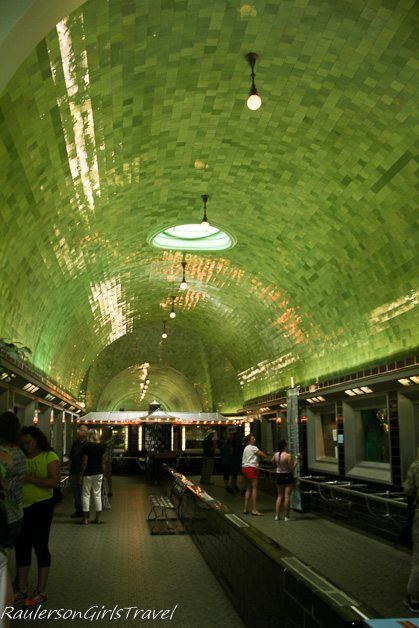 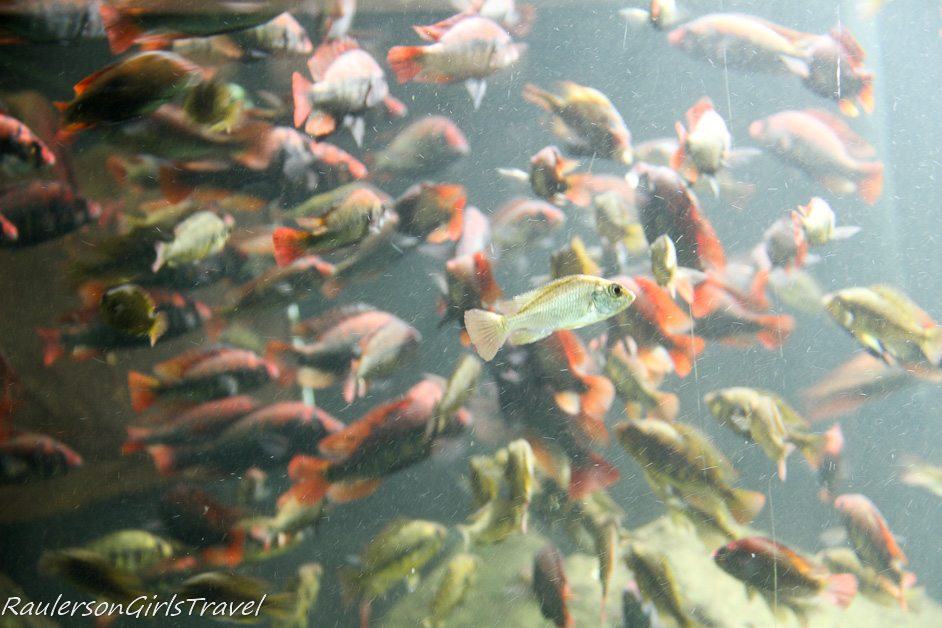 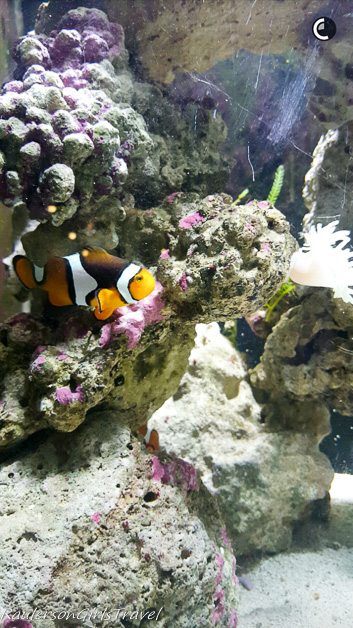 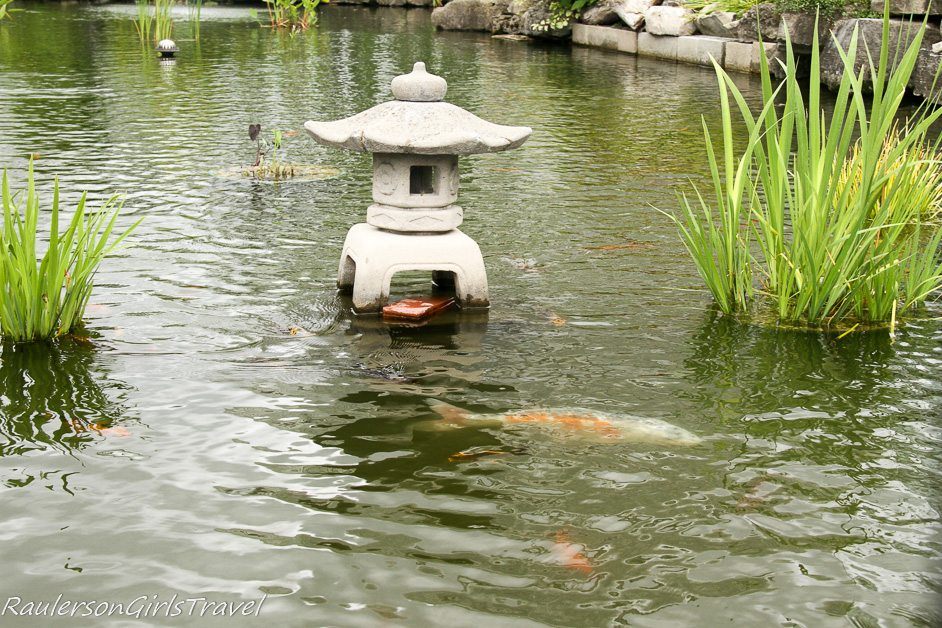 I love green houses and botanical gardens, and this one did not disappoint. It breaks up into six different areas of the Conservatory: the Vestibule, the Palm House, the Tropical House, the Cactus House, the Fernery, and the Show House. Each one dedicated to the plants and flowers growing in those environments. The Show House has a display that changes. The Anna Scripps Whitcomb Conservatory is the longest continuous running conservatory in the United States since 1904. 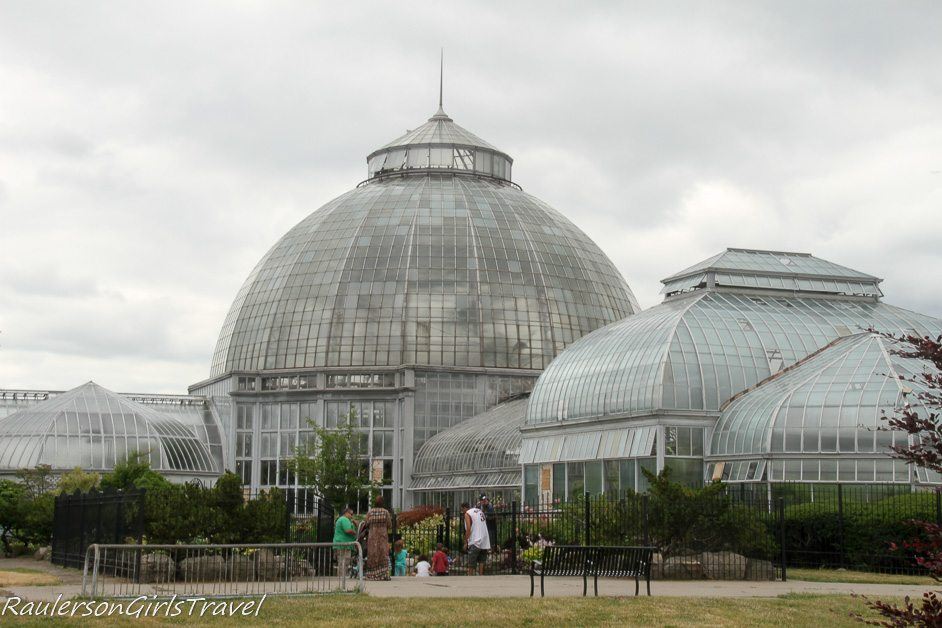 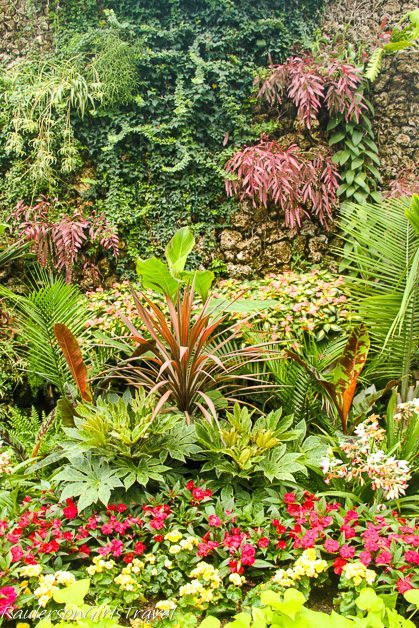 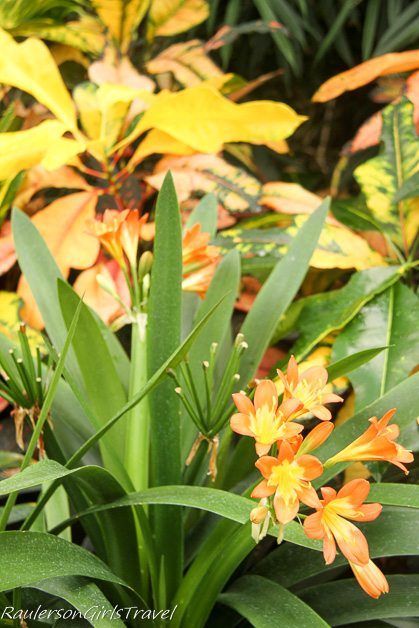 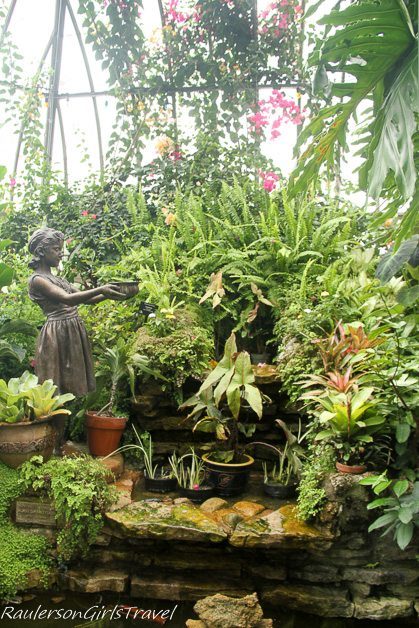 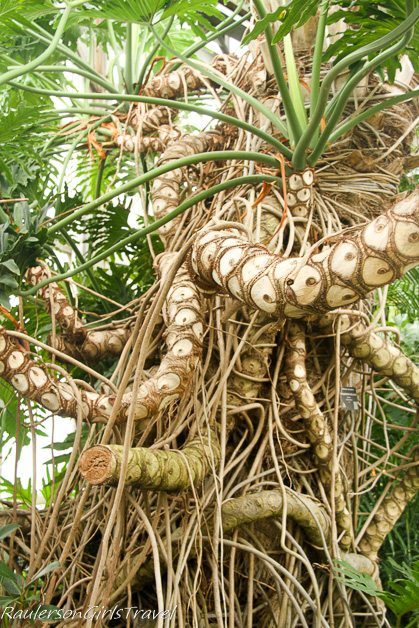 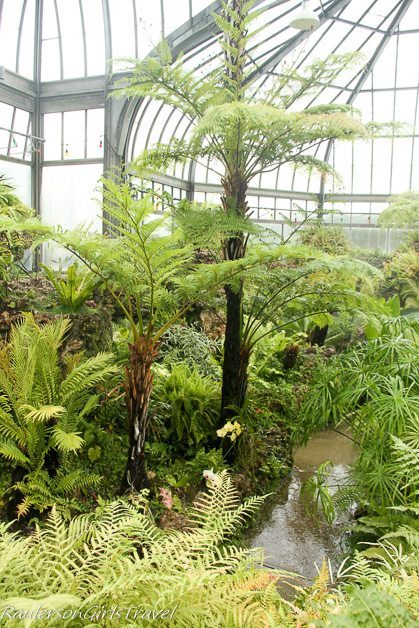 My favorite room out of the bunch is the Cactus House. Amazing to see all the different types of cacti here in Michigan. There was even a plant that looked like a giant octopus with tentacles coming at you. 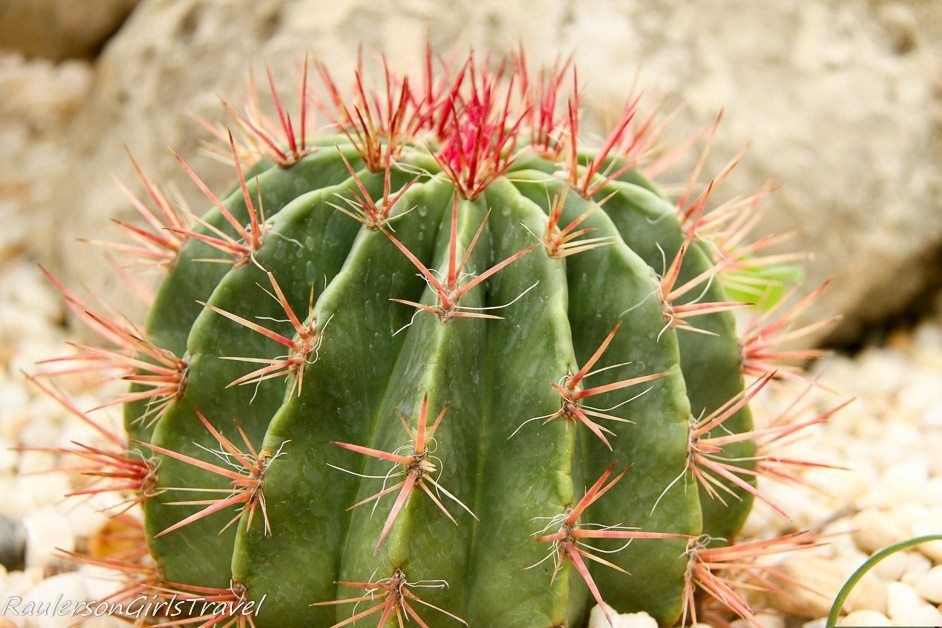 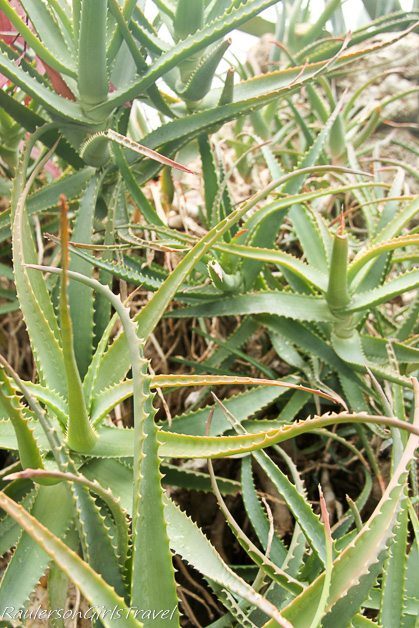 When you walk up to the museum, the first thing you see is the massive anchor from the Edmund Fitzgerald. The Fitzgerald made a stop in Detroit before its tragic end. The Dossin Great Lakes Museum is filled with maritime history showcasing Detroit and the Great Lakes.

My favorite exhibit is of Bob-Lo Island. This was a huge part of my childhood with school trips taking the ferry out to the amusement park and even my Grandma’s Keo Cutters company picnic was held there one year. 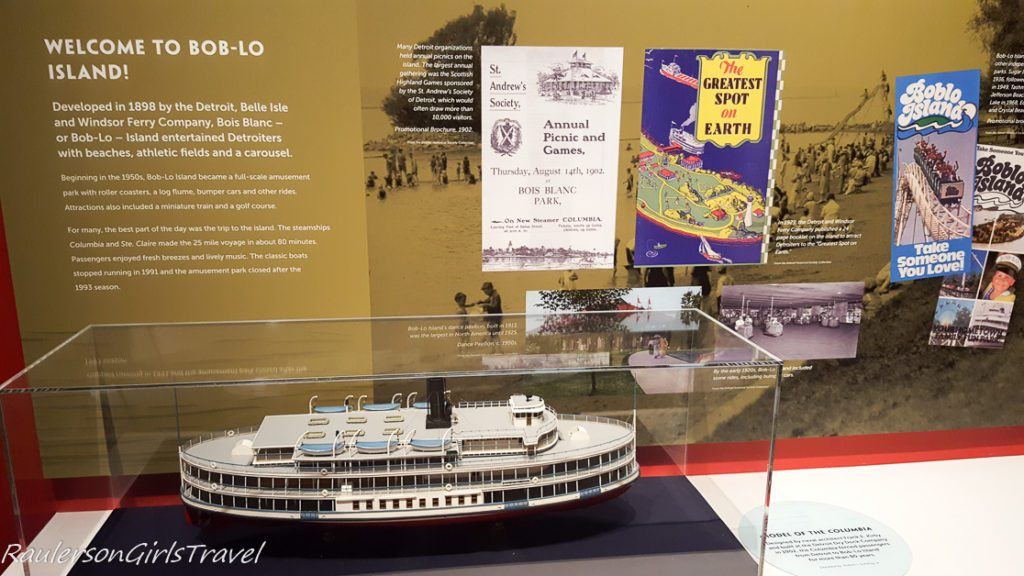 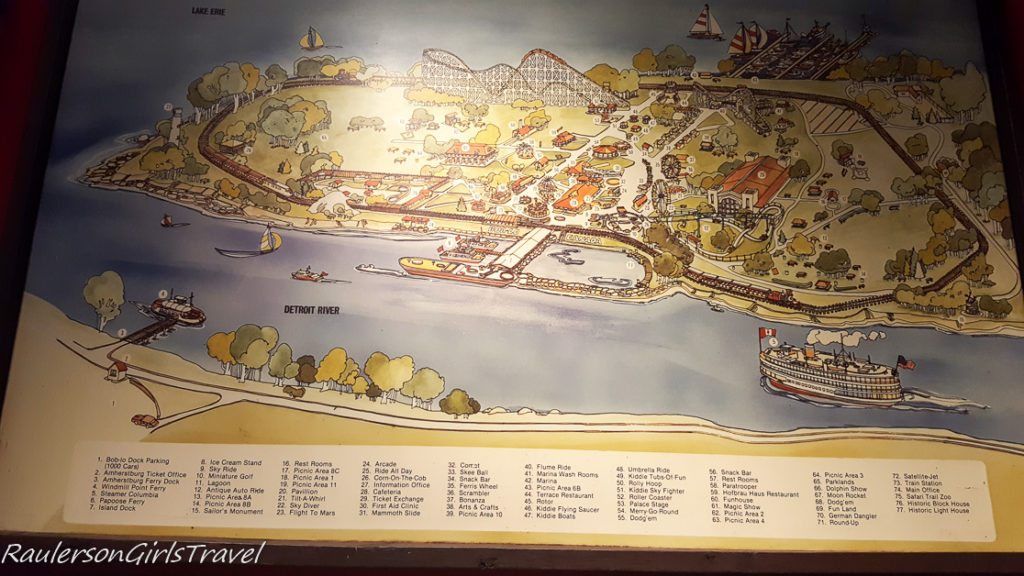 The museum has done an excellent job in salvaging items from ships and recreating others to give you a sense of the ships environments. The biggest is the Gothic Room from the City of Detroit III. The City of Detroit went back and forth between Detroit and Cleveland and Detroit and Buffalo in the early 1900’s. The architectural detail in the wood paneling and stain glass designs is nothing short of breathtaking. You can even rent out the Gothic room for weddings. 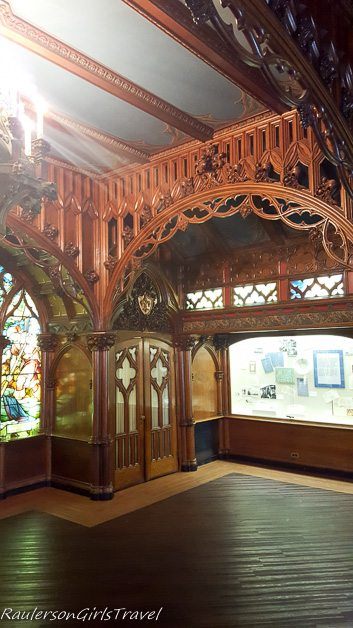 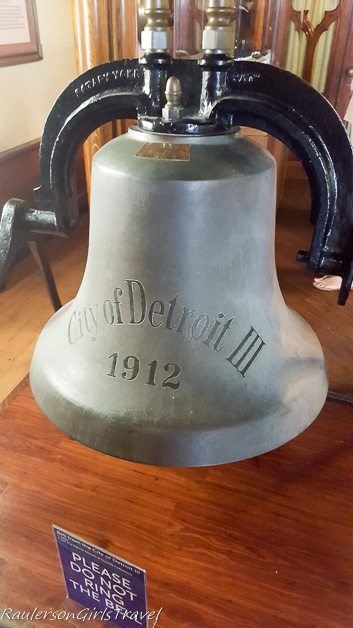 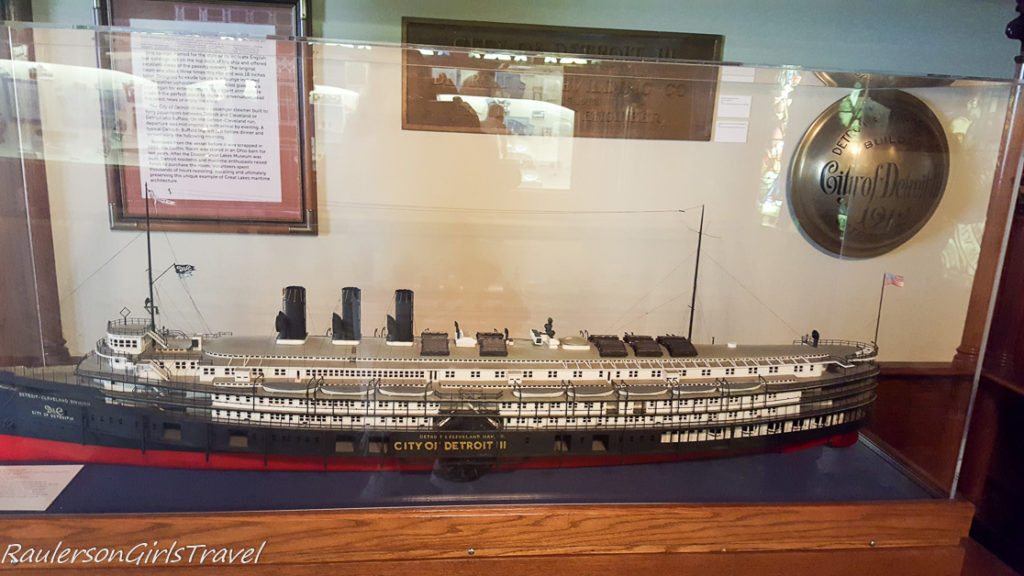 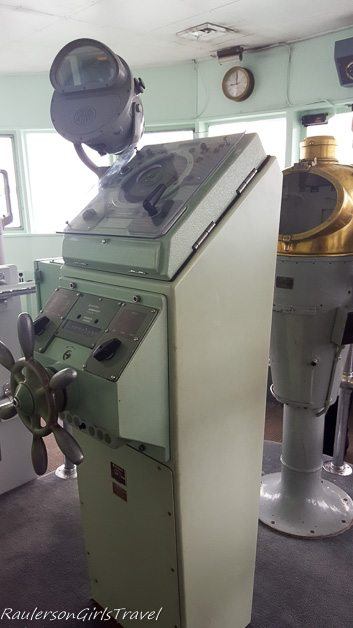 There is a lot to be proud of in this State Park and its history for Detroit. You can almost imagine Model-T’s driving around the island and families enjoying the sites and amenities Belle Isle has to offer back in the early 1900’s. And to this day still, it is a great place to visit on the weekend or even during the middle of the week. You can check out the Belle Isle Conservancy website for the open hours of each of these attractions and also download a map of the state park.

Getting there: The bridge to enter Belle Isle Park is at the intersection of Jefferson Avenue and East Grand Blvd. There is also a small fee to register your vehicle when entering the park.