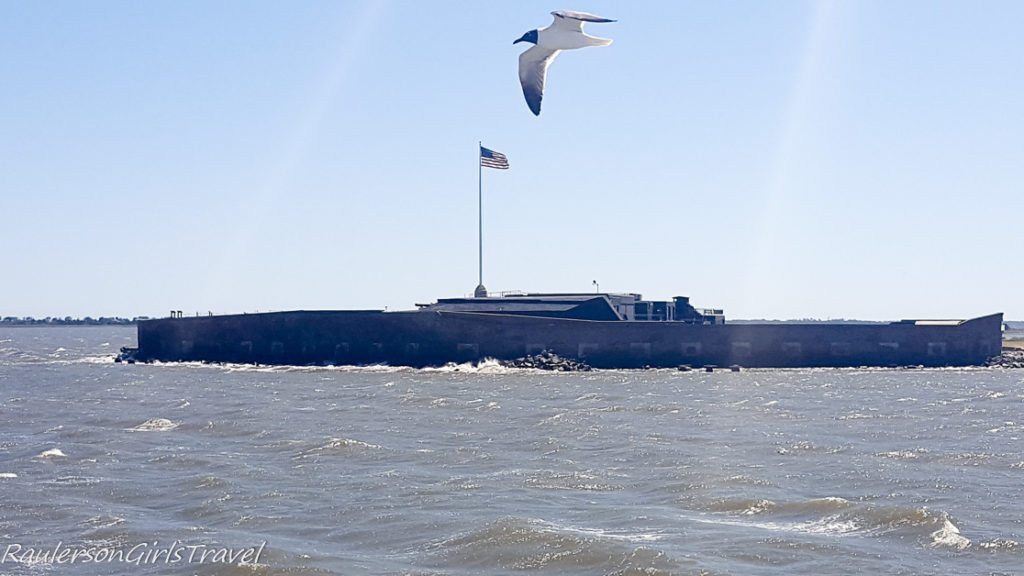 A quick 2-hour road trip from Myrtle Beach to Charleston to explore Fort Sumter, where the Civil War started was my plan. I have a goal to eventually visit all the Civil War historic sites. I got my ticket and boarded the ferry. As we were heading over to the island a pod of dolphins was playing around the boat. Everyone was so giddy when the dolphins jumped out of the water. This was a great start for the day for touring Fort Sumter. 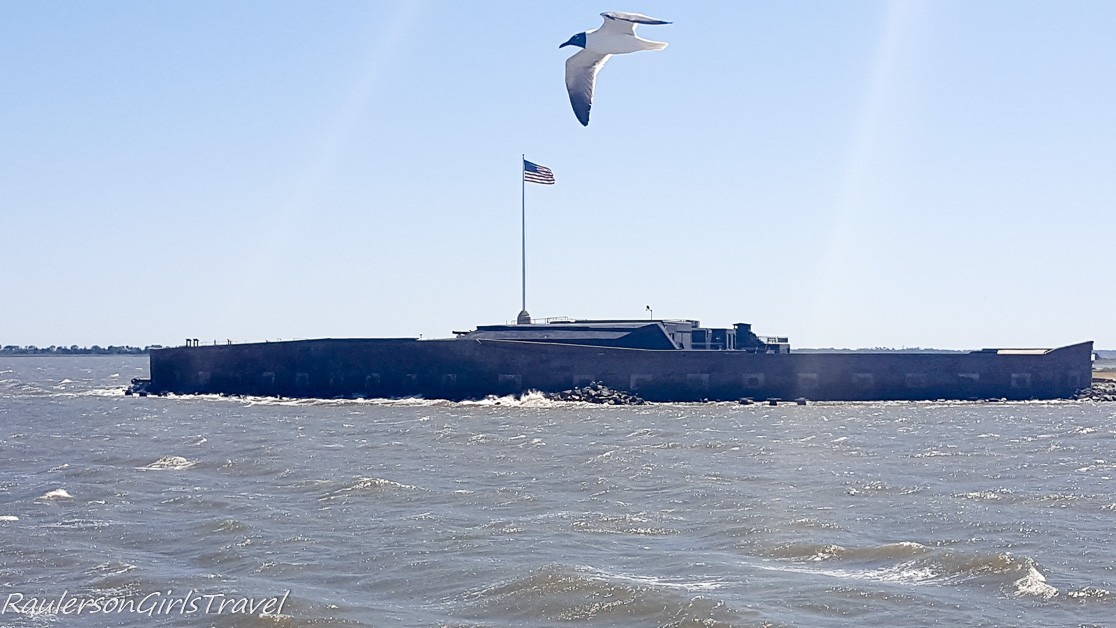 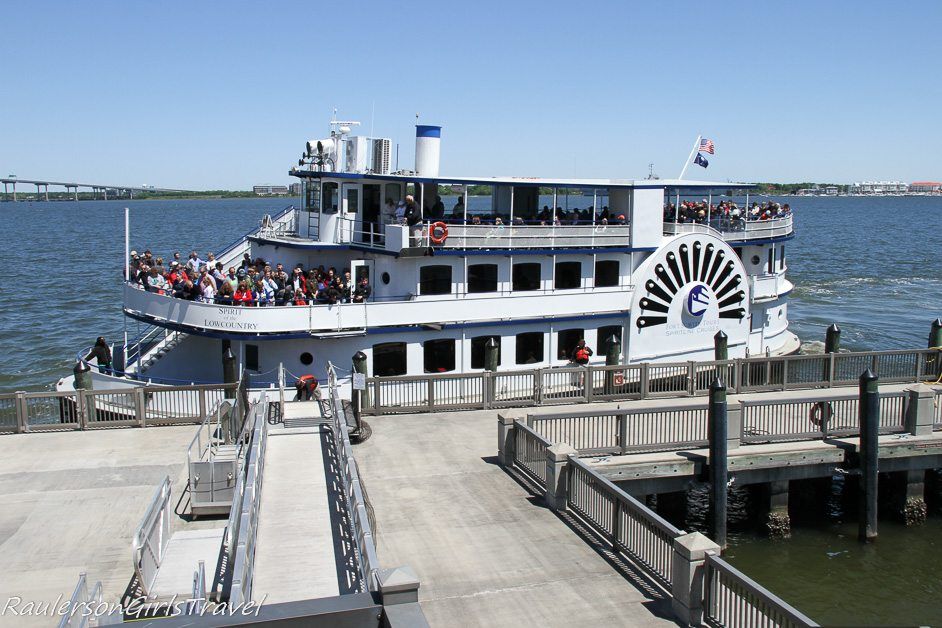 Fort Sumter is a sea fort in Charleston, South Carolina and one of the U.S. National Parks. If you are visiting the Charleston area, you can stop at the two departure locations: at Liberty Square (340 Concord St., Charleston) and Patriots Point (40 Patriots Point Rd., Mount Pleasant) along the Charleston Harbor. It is recommended to purchase your tickets ahead of the day you arrive, but I was able to walk in and pick up a tour on the same day. Fort Sumter Tours runs the official tours on the island. There are 1-3 tours a day. The ferry ride takes 30 minutes and you get only one hour at the fort. The fort is open 24 hours a day and is accessible by boat if you choose to go without a tour. A quick note: the island is not completely accessible for wheelchairs. Most of the areas can only be reached by climbing stairs. 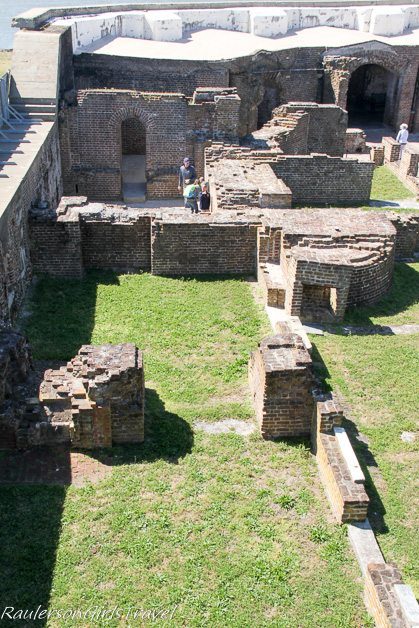 As the boat got closer & closer to the Fort it took on a serious undertone. We were going to be walking in the same place as soldiers fighting for freedom on both sides. The Union first then the Confederates. I learned so much of how ill-prepared the Union was and how much the Confederates fortified the fort. It was very sobering to stand on the Battery Huger (not added until 1899 for the Spanish American War) overlooking what was left of the once three-story fort. You could even see artillery shells left in the crumbling brick walls. 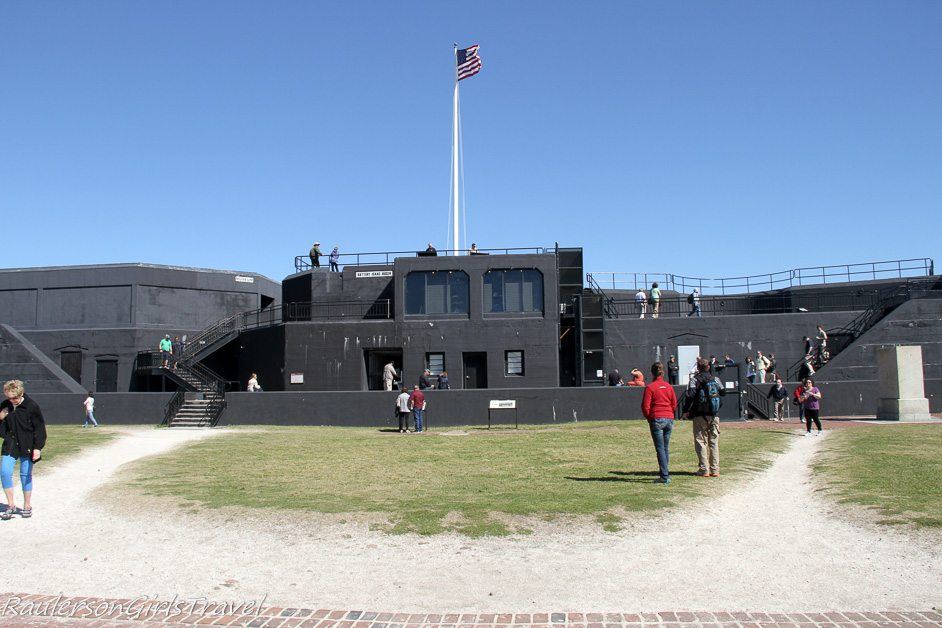 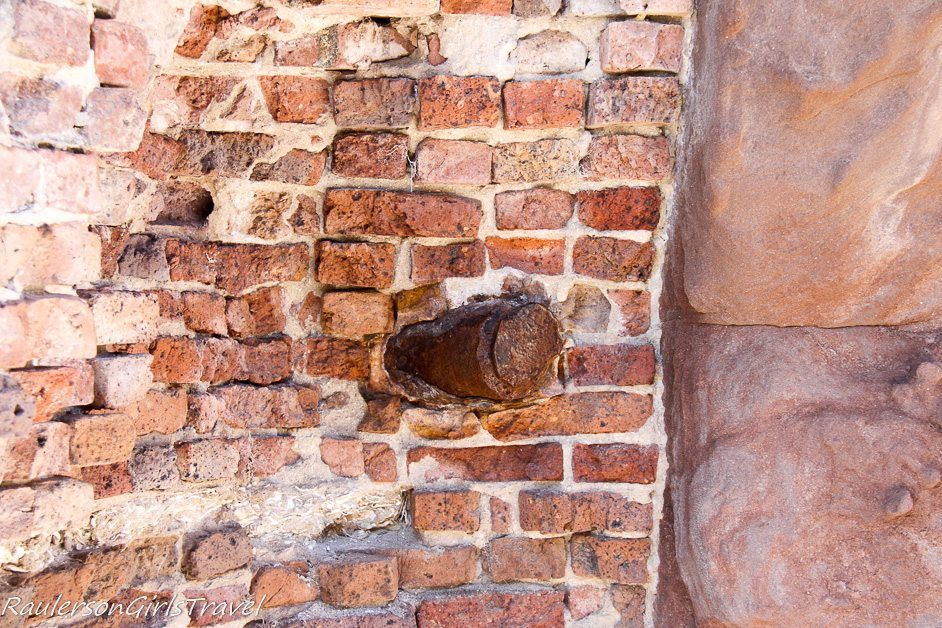 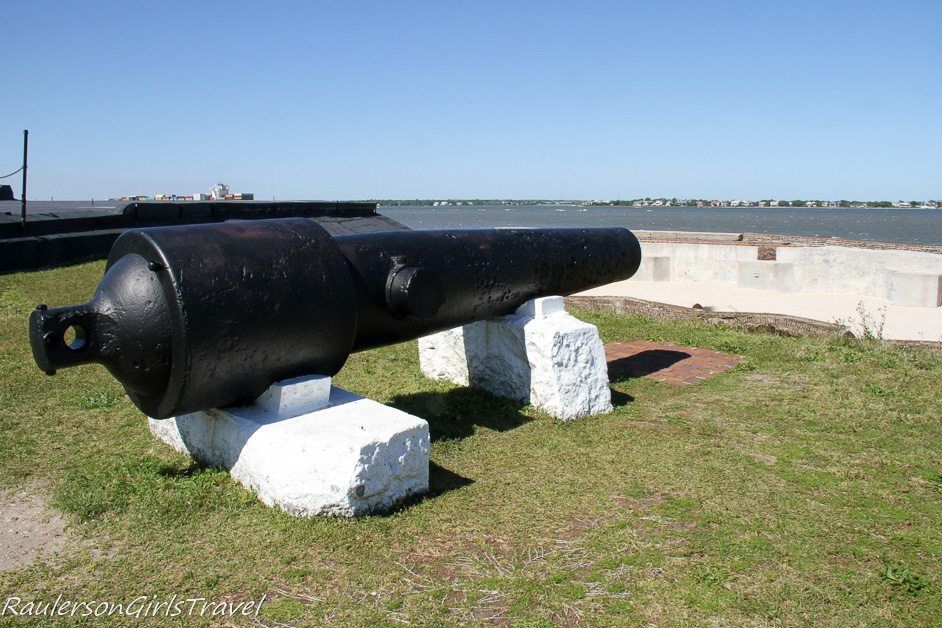 The Fort covers 2.4 acres. Canons were situated on all 5 sides giving the Fort a commanding presence of the Charleston Harbor. It was built to hold 135 guns of varying sizes and house 650 soldiers. Once South Carolina seceded from the union, Fort Sumter began the key source of tension between the North and the South. When the first shot was fired from Fort Johnson nearby, it only took 34 hours until Major Anderson surrendered to the South. No person was killed but, the officer quarters were entirely burned, the main gates were destroyed, the gorge walls were seriously damaged, and the powder magazines were in flames. The Civil War had begun. 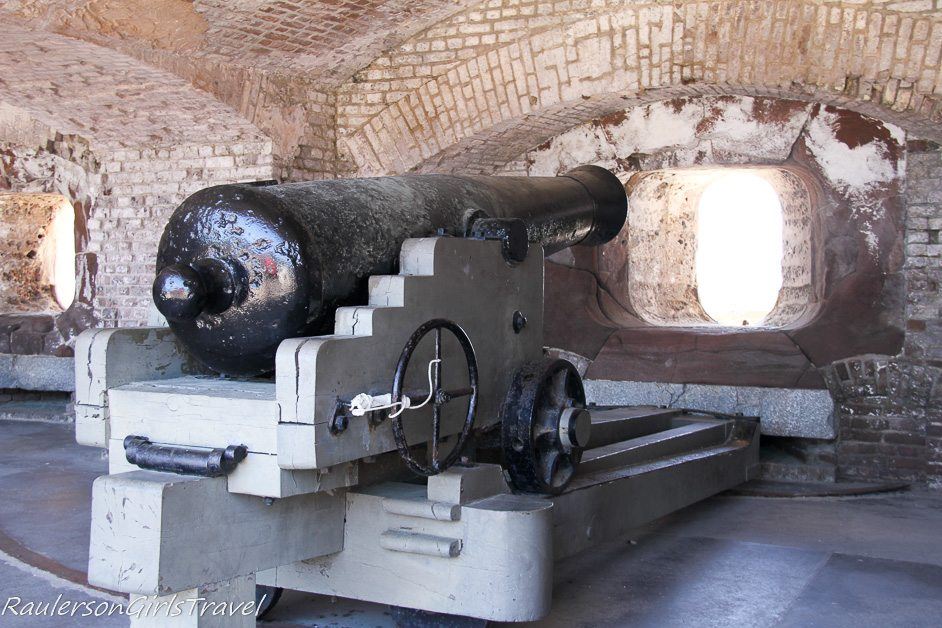 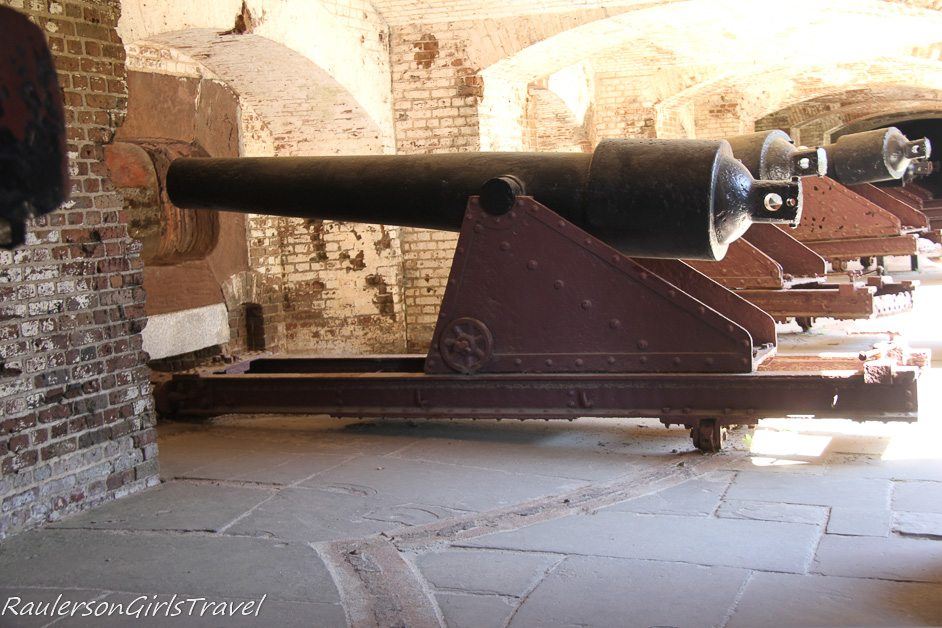 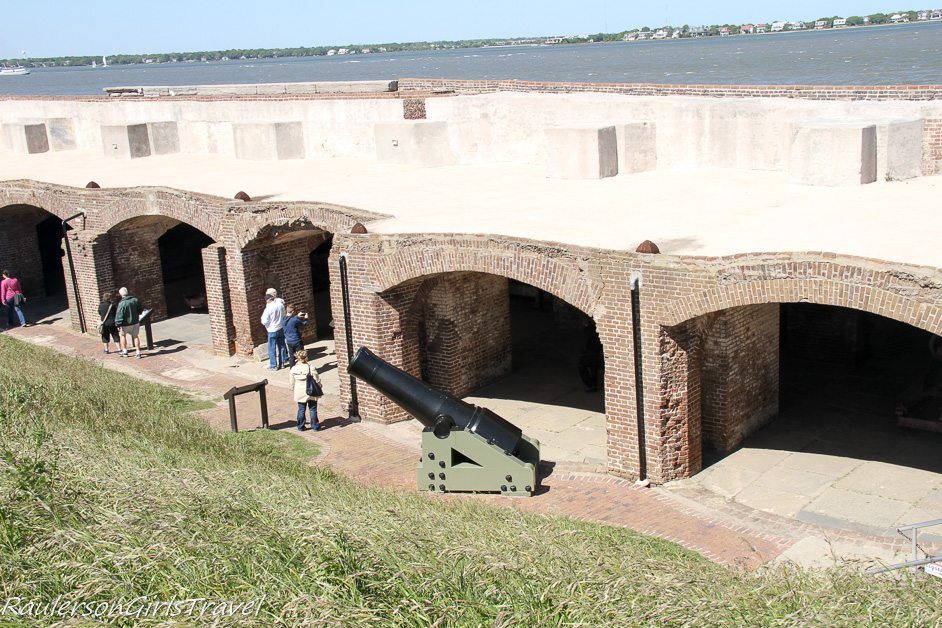 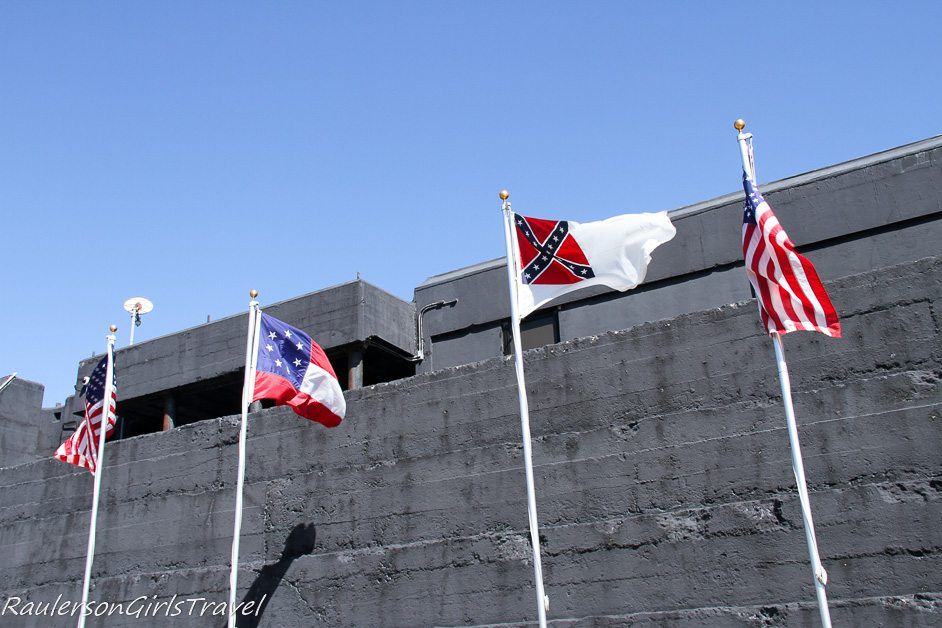 The Confederates immediately started fortifying the fort as they took ownership. Years went by and with the Federal Union continually bombarding the Fort, Confederate laborers and slaves worked around the clock to repair any damage that was done to the walls. This continued despite several attempts to seize back the fort by the Union. It wasn’t until February 1865 when the Union captured Charleston that the Confederates abandoned the Fort. 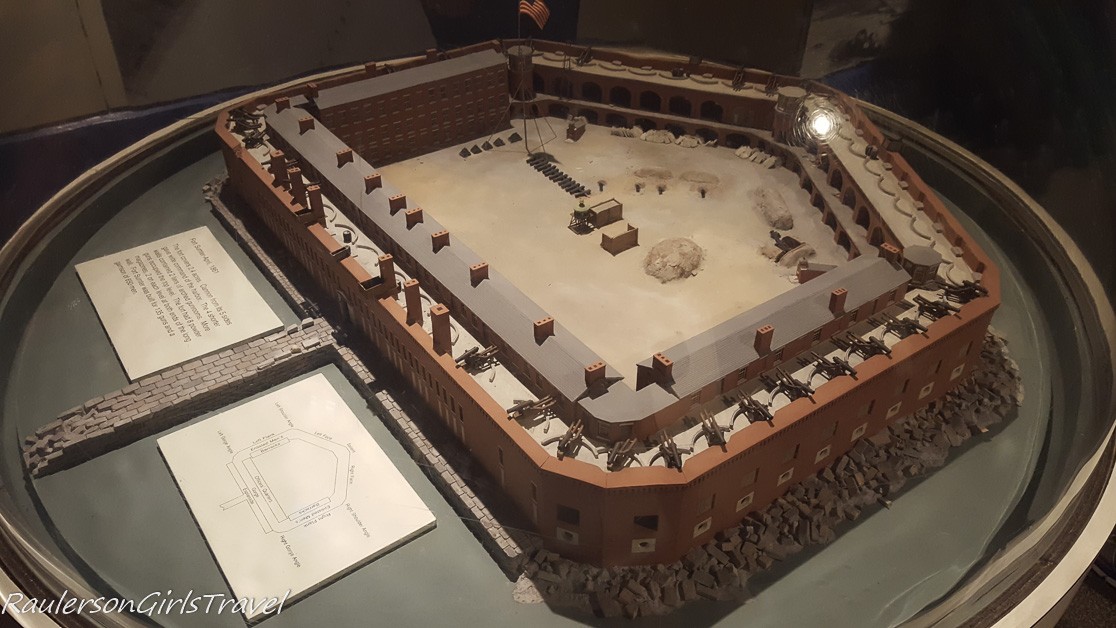 I would have wished to spend more than an hour touring Fort Sumter. I felt like I was constantly moving around to make sure I could see everything there is to see before I had to get back on the ferry. Overall, I am glad to have gone on the tour as I do want to eventually visit all the U.S. National Parks. Have you been to Fort Sumter? What did you think?

If you are staying in the Charleston area, check out this post for where to eat in Charleston. 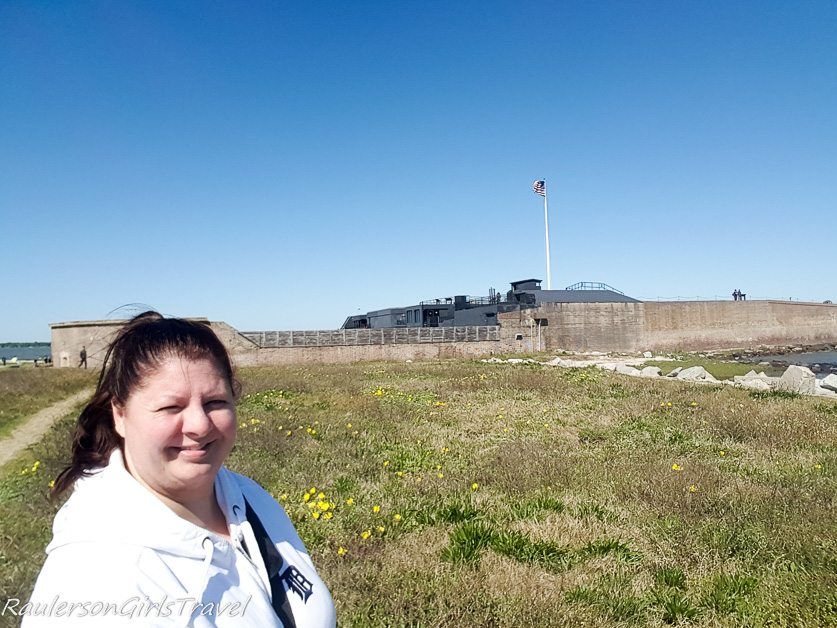 Join us on Facebook for regular updates and related articles
Check us out on Instagram to see what we are up to in photos
Follow us on Twitter for links to great travel articles curated just for you
View and purchase your favorite of my travel photos on SmugMug. And if you don’t see the one you want on the site, send me a comment below, and I’ll add it.
Or share this “Touring Fort Sumter – Beginning of the American Civil War” with others by pinning on Pinterest! 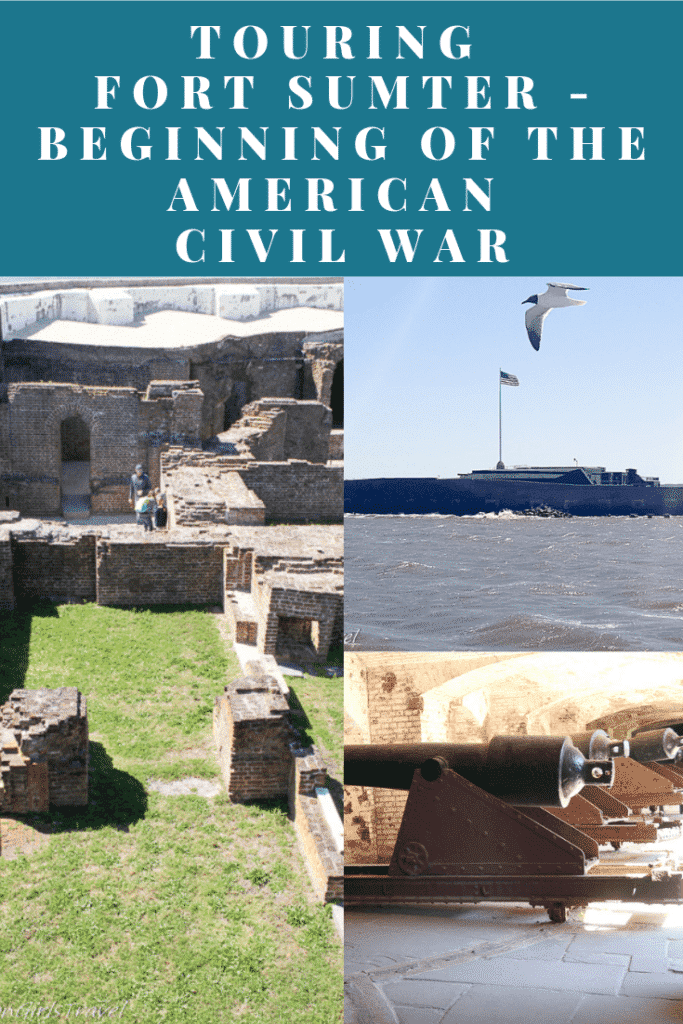 If you are coming to South Carolina for a visit, check out these posts for further travel inspiration: