How to experience Atlanta solo 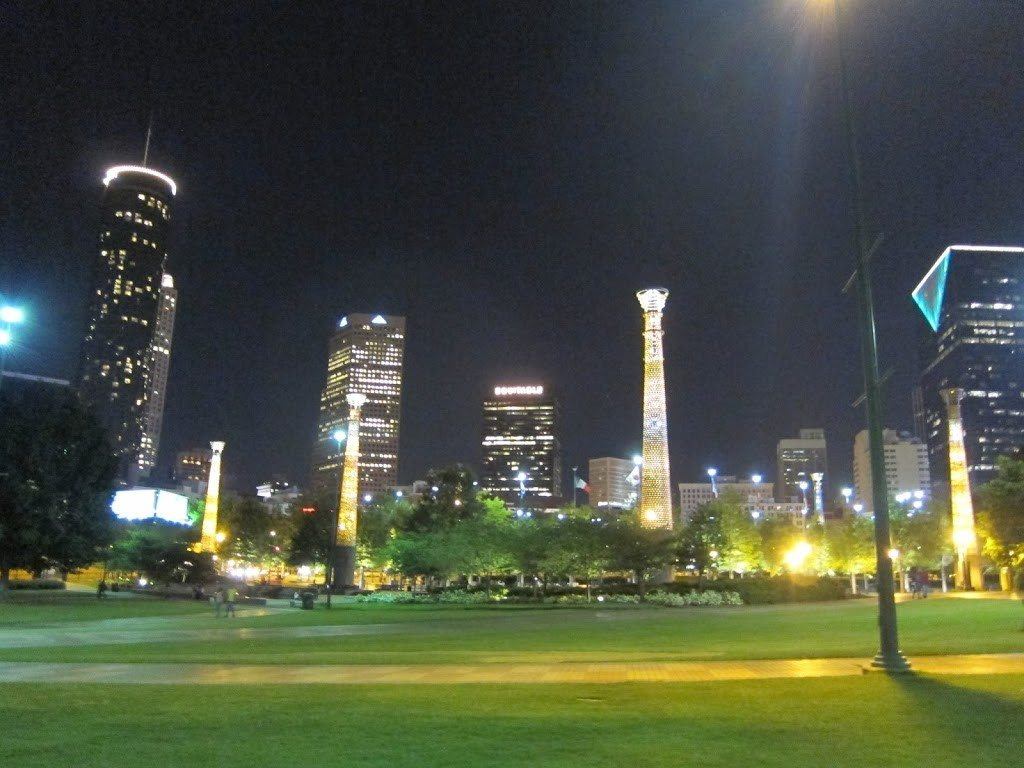 Atlanta is an easy city to visit solo.  Once you fly in you, have many avenues to choose from for your transportation to downtown Atlanta.  The obvious choice is Taxis but, there is also the Atlanta Airport Shuttle which will drop you off at your downtown hotel for $29 round trip.  Even cheaper is Marta rail service for $2.50. The drive into downtown does provide you with a beautiful Atlanta skyline especially in the evening. 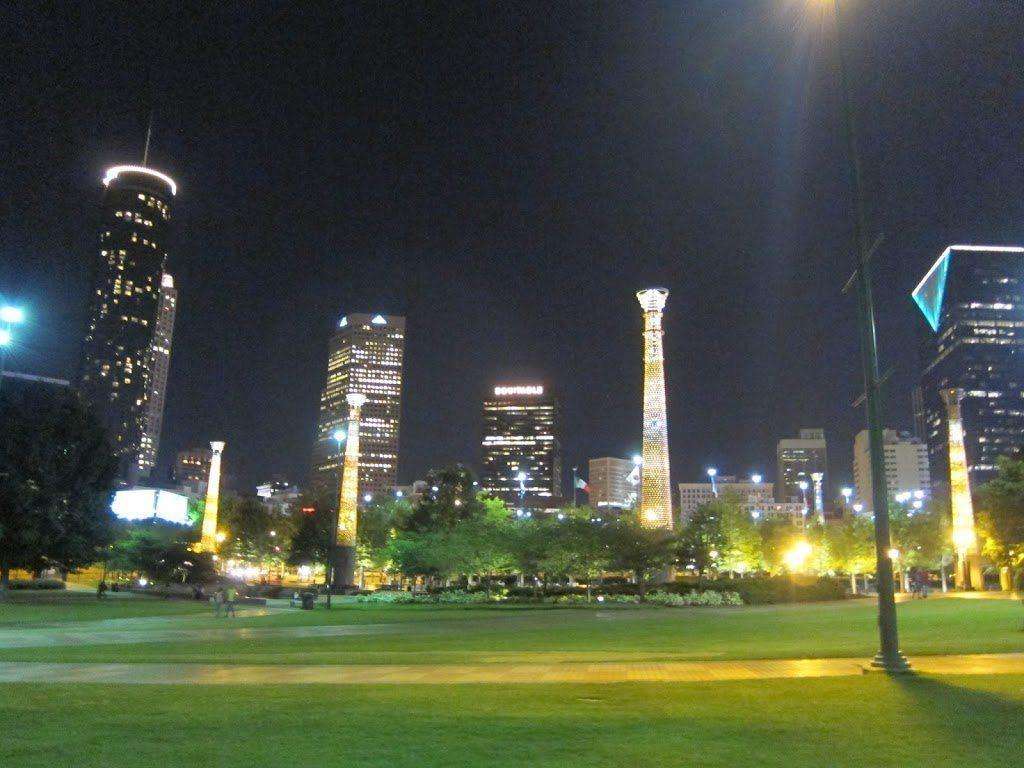 If you only have a few days to get a feeling of Atlanta, I would recommend staying downtown right by Centennial Olympic Park.  It is an easy walk to everything.  The park itself has an abundance of sights within it.  Bring a camera!  There is a path around the park that will take you to all the Olympic monuments.  Everywhere you look, you will see Olympic signs, even in the walkways, there are pictures of all kinds of sports.  The trick is to find your favorite one.  The Olympic Spirit also carries through the entire downtown.  By the Georgia Dome is a beautiful little park with a statue of an Olympic Gymnast that is a quick walk from the park. 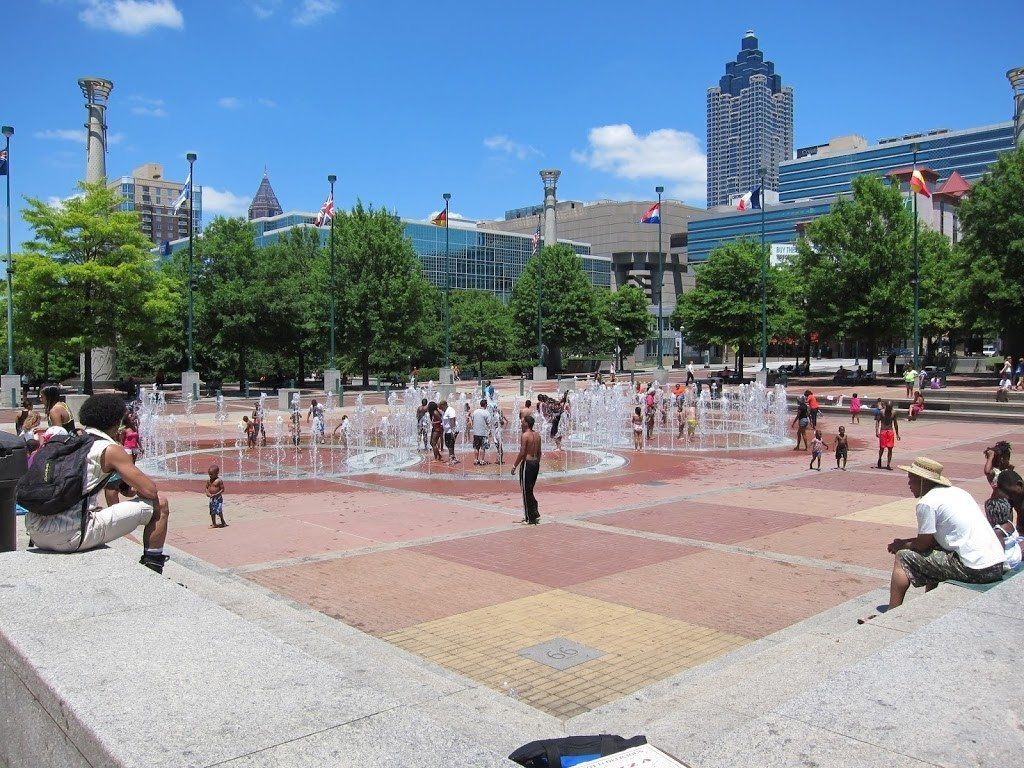 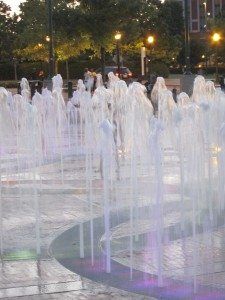 The Fountain of Rings is the centerpiece of Centennial Olympic Park and a must-see. It is the world’s largest interactive fountain featuring the Olympic Ring symbol with free water shows with colored lights and music throughout the day. It is an excellent way to relax a bit after a busy day of sight-seeing.

The Georgia Aquarium is a great place to visit first thing in the morning.  The benefit is that you will be the among the first group of people who will be able to buy tickets for the first dolphin show.  There is so much to see all throughout the aquarium.  My favorites were the otters in the River Scout area and the Ocean Voyager exhibit.  The otters were super cute and very playful to watch.  The most exciting area by far was the tunnel going through the Ocean exhibit.  It is incredible to be standing there and watch sharks, whales, and giant rays swim right above you. You can spend hours watching all the different types of animals all together in one area.  If you go early enough, you can even catch the feeding time.  It is a massive free for all and quite impressive to watch!

My absolute must-see is the World of Coca-Cola.  Of course, anyone who knows me, knows I’m a Coke fanatic.  This place was awesome!  Every Coke historical item was on display right when you walked in.  The tour starts with a short video and then you are on your own to explore the exhibits.  So much to see in here the Coca-Cola Santa Claus campaign over the years, Max Headroom, even the New Coke fiasco was all on display here.  What a blast from the past! 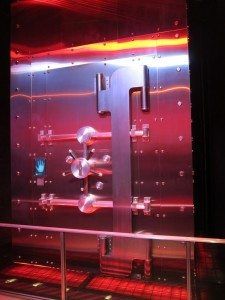 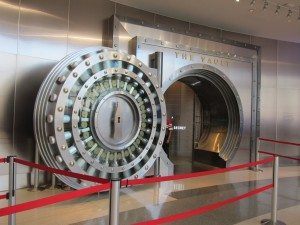 The Coca-Cola Vault with the Secret Formula.  This exhibit was fascinating to interact with the history of how the formula has been kept secret over the years.  The picture on the right is where the actual secret formula is housed.  Do they share the recipe with you?  You’ll have to visit and find out. 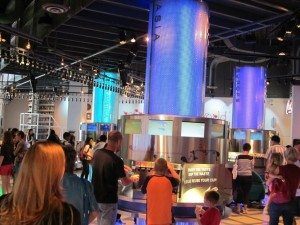 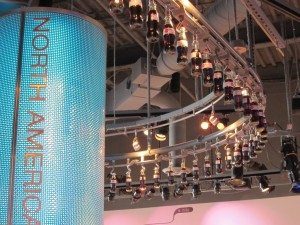 The tasting of all the different continents versions of coca cola products was an experience. Some favorites but, there were also ones that I wouldn’t try again.  But, you have to taste them all to see which ones are which. 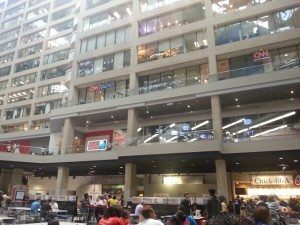 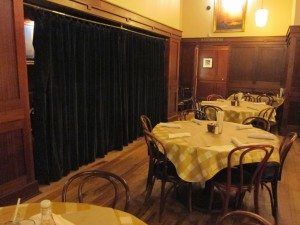 There are so many dining opportunities to try to experience while you are staying in downtown Atlanta.  One of my favorites was Ted’s, where their specialty is Bison burgers.  The interior is set up like the old west with even a curtain blocking off the area where the bad guys ate.

Want to be in a movie?

The other exciting tidbit for Atlanta is that while you are visiting, you might end up walking right into a movie set.  Atlanta is known now as the Hollywood of the South.  I happened to be visiting Atlanta for work and wandered right onto the set where they were filming the remake of Endless Love.  It caused quite a stir since we weren’t sure what was going on at first.  We were just standing outside on our lunch break and casually watching the craziness when we were approached by a movie worker.  She thought we were extras for the film and wanted to know if we needed sunscreen.  It was neat to believe that we blended in so well.  Maybe we might even end up in the movie.

Later that evening as I was walking to dinner I chatted with a local while waiting for a crosswalk to turn green.  He

pointed out another building across the street where I was standing, where they were filming a copy movie and even started naming a few other movies being shot while I was in town.  If you have any interest in film, you should look up the casting calls in Atlanta, lots of opportunities await you.